21st anniversary of September 11, 2001, the day that changed the world forever 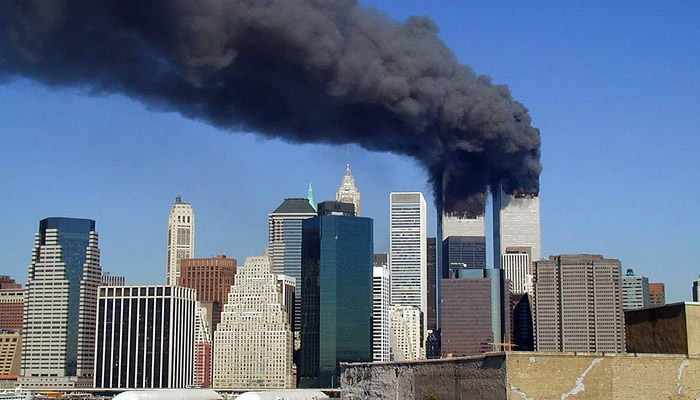 Today, Sunday, September 11, marks the 21st anniversary of that tragic date of Tuesday, September 11, 2001, when a terrorist attack on the World Trade Centre’s Twin Towers in New York changed the world forever.

Four coordinated suicide terrorist attacks were carried out by the militant Islamic extremist network Al-Qaeda against the United States. These attacks were directed by Osama bin Laden, the group’s then-leader.

A total of 19 terrorists operating in three groups of five members and one group of four, hijacked four commercial airliners mid-flight while they travelling from the northeastern U.S. to California. Each group included one designated flight-trained hijacker who took control of the aircraft.

Their goal was to crash the planes into prominent American buildings, inflicting mass casualties and major structural damage. The first two planes were successfully flown into the North and South Towers of the World Trade Center in New York City.

One hour and 42 minutes later, both of the 110-storey-high towers dramatically collapsed to the ground.

The hijacked American Airlines Flight 77 targeted the Pentagon in Arlington, Virginia, at 9:37am, causing a partial collapse of the building’s side. A federal government building in Washington, D.C. was believed to have been the intended target of United Airlines Flight 93, possibly the U.S. Capitol, or the White House.

Instead, following a passenger revolt that foiled the attack, it crashed in a field in Stonycreek Township, outside Shanksville, Pennsylvania. News of the previous attacks had filtered through to the passengers and they took matters into their own hands.

A total of 2,977 people lost their lives in the attacks on the Twin Towers, with more than 25,000 others suffering injuries and substantial long-term health consequences.

The decision was taken to hunt down the alleged mastermind of the terror attacks, Osama Bin Laden, and an invasion of Afghanistan was launched. After evading capture for almost a decade, BinLaden was located in a hideout in Abbottabad, Pakistan, where he was subsequently killed by the U.S. military on May 2, 2011.