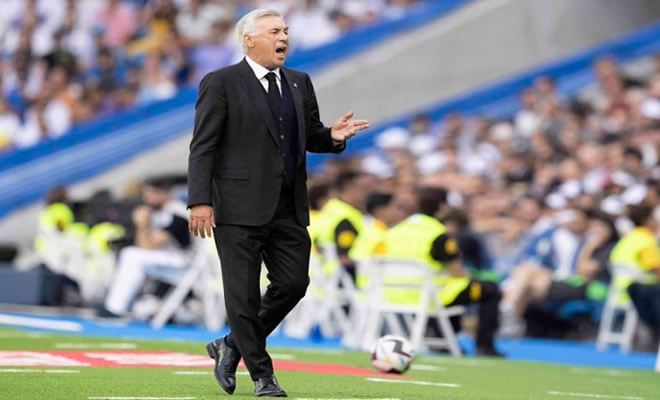 Carlo Ancelotti’s Real Madrid made it five wins from five with a 4-1 win over Mallorca in the Bernabeu.

Real Madrid went into their LaLiga Santander match against Mallorca at the Santiago Bernabeu Stadium this Sunday, September 11, with an unbeaten start to the season. When Lee Kang-in’s cross was headed in at the back post by Vedat Muriqi after 35 minutes, the record looked to be in possible danger.

Los Blancos were playing without their inspirational captain and striker, Karim Benzema. He picked up an injury to his thigh in the midweek 3-0 victory over Celtic in the Champions League.

Federico Valverde pulled them level deep into added time at the end of the first half with what must surely already be a contender for the goal of the season. After beating several Mallorca players his sublime left-footed thunderbolt from outside the box shot straight in the top left-hand corner of the Mallorca net in the 48th minute.

Inevitably, the lively Vinicius Jr was on hand to make the score 2-1, although it took until the 72nd minute. A brilliant run by Rodrygo allowed the young Brazilian to slot the ball easily into the goal.

It was Rodrygo who added the third in the 89th minute, with an excellent individual effort. The three points were safely in the bag to put Carlo Ancelloti’s side back on top of the table.

The match was not over though. Antonio Rudiger, the new signing from Chelsea volleyed an unstoppable shot into the net with the clock on 93 minutes, opening the German defender’s goal account in Spain.

Five wins out of five is a dream start for the defending LaLiga champions. Next Sunday, September 18, they travel across the city to play in the Madrid derby against Atletico in the Wanda Metropolitana Stadium. In between, there is another Champions League fixture at home to Germany’s RB Leipzig on Wednesday, September 14.