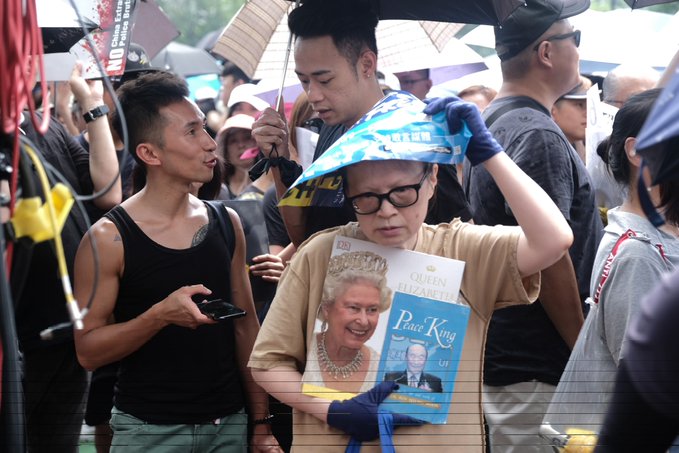 Hong Kong residents have come out in numbers to mourn the passing of the Queen, once the head of state of the now China-controlled nation.

Reports online and on social media on Monday, September 12 show crowds of mourners laying wreaths around and near the British High Commission despite current Coronavirus rules restricting gatherings to four people.

Once a British colony, China has tried to rid the region of links to its ties with the UK seeping aside opposition to the change in rule. Those efforts have been focused on ridding the area of demonstrations and other activities in favour of the democratic rule, with many behind the protests having been jailed.

Although the agreement with Britain which saw control of the country change hands in 1997, has seen much of British law retained, China has increasingly moved to bed those laws and exert their form of control.

Views of long lines of crowds queuing to pay their respects in the sweltering heat will not go down well in Chinese political circles, with the country keen to see Hong Kong’s British past and links with the crown stamped out for good.

Residents were never given universal suffrage by the British, with many of those who campaigned for the right jailed. Today many of them remain in prison, along with those imprisoned by the Chinese against whose rule protests now take place.

Most are under no illusions that everything was rosy under the British, but the manner in which China has sought to exert its rule has resulted in many harking back to the past.

Those that reject Chinese rule say that colonialism was bad but it did shape what Hong Kong is today. The same people also believe that showing respect for a former colonial monarch is not a crime, with mourning the past normal.

Whether Beijing believes that remains to be seen with little evidence so far to show how they might view those Hong Kong residents who have come out to mourn their former Queen’s death.