Police arrest 45 people for €600,000 worth of fraudulent website scams in Spain 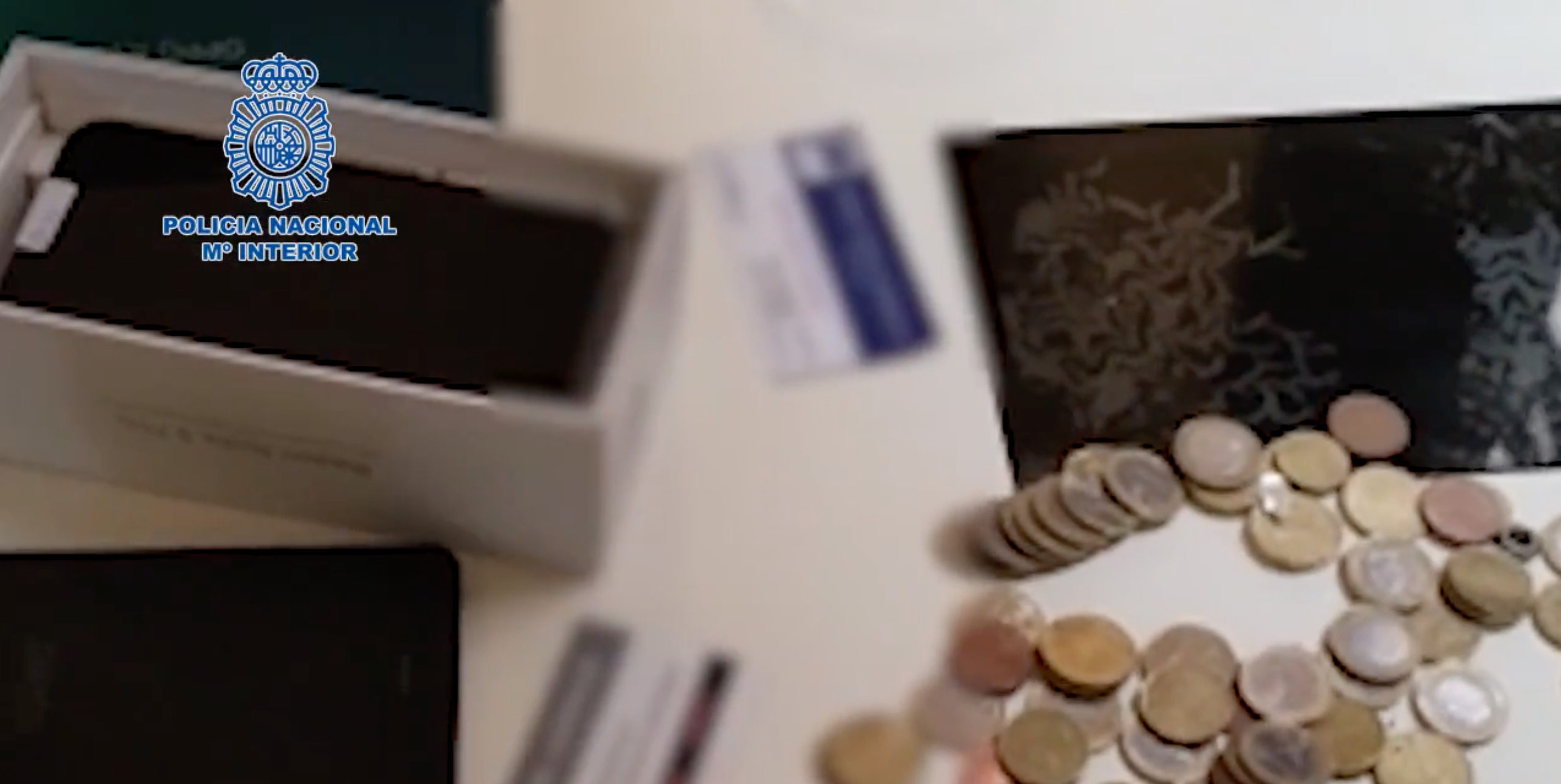 Officers of the National Police have dismantled a criminal organisation dedicated to website scams via text messages in Spain, as reported on Tuesday, September 13.

Police have arrested a total of 45 people for website scams via text messages across Spain, in Madrid, Barcelona, Valencia, Murcia and Cartagena.

Two house searches were carried out in Cartagena, where, among other things, false documents, a printer for forging documents and credit cards were seized.

Spain’s National Police shared footage of the investigation on Twitter:

Police detected two fraudulent websites impersonating a bank. After a quick action by the investigators, they were able to block the aforementioned pages, thus avoiding the existence of numerous victims, although during the time they were active, they obtained the data of nine clients of that bank, managing to defraud them of more than half a million euros, by emptying their accounts and contracting immediate personal loans.

They created well positioned web pages through payment by impersonating the bank’s website.

The modus operandi carried out by the cybercriminals consisted in the creation of fraudulent web pages well positioned by payment supplanting that of a bank, so that when a victim searched the web for the access portal to the bank’s online banking, the link created by the fraudsters appeared as the first option, which redirected them to a web page monitored by the fraudsters themselves.

Once the victims had entered their personal online banking login details, these were made available to the criminals.

The cyber-scammers then accessed the victims’ online banking and collected their personal details and phone number and went to a physical shop to request a duplicate SIM card under any excuse of theft or loss, thus gaining access to the victim’s phone line, known as SIM swapping.

With this, the criminals accessed the victims’ online banking again and ordered transfers in favour of third parties (mules of the criminal network).

They also requested micro-credits to be granted immediately and then diverted all the funds from the bank account, operations validated through the telephone lines they controlled.

The reason for having total control of incoming and outgoing calls to the victim’s mobile phone, as well as text messages, was to evade the security measures implemented by the banks regarding the two-step verification they request from their customers to avoid fraud in case their bank account is compromised.

This verification consists of sending a text message with a code to confirm the operation or a call from the bank to the customer to check that he/she really wants to send a large sum of money to a third party or contract a banking product.

The margin of action to carry out the fraud is a few hours, the time it took the victims to realise that they had no coverage on their phone and that something had happened, although instant messaging applications continued to work in most cases due to wifi connectivity, which slowed down the time in which the victim was aware that they had lost control over their phone line.

With this model of fraud, the fraudsters managed to defraud nearly 600,000 euros from only nine victims who were located in different provinces of the national territory.

This operation has also led to the arrest of the creators of the fake websites and the entire network of mule catchers.

In addition, two house searches have been carried out in the town of Cartagena.

The news follows reports that a woman has been arrested by the Guardia Civil for allegedly starting five forest fires in Verin, Galicia, Spain, as reported on Tuesday, September 13.