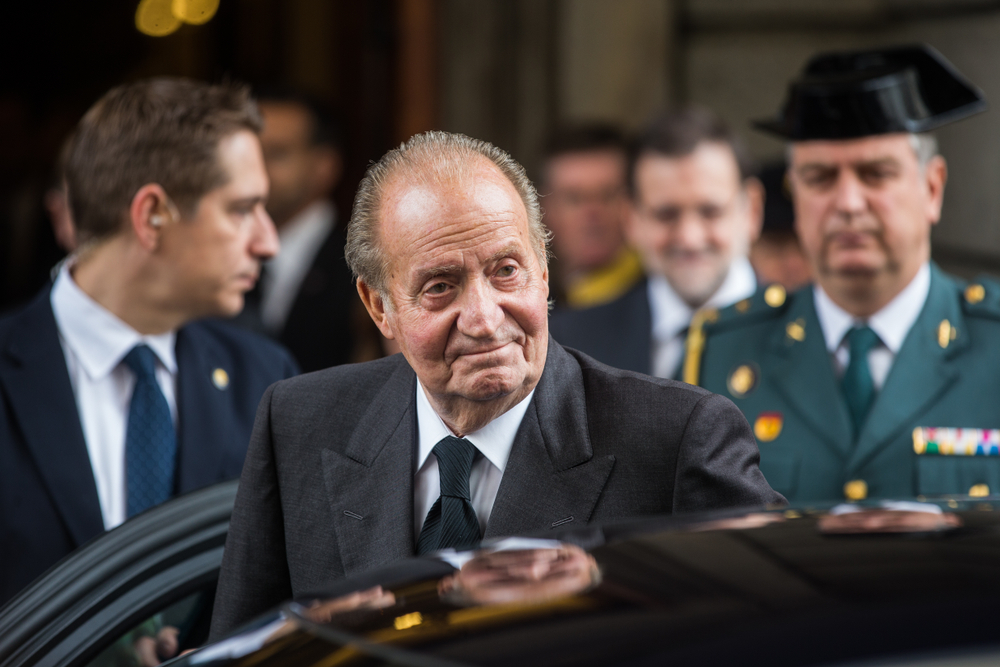 15:03 (September 13) – The controversial former King Juan Carlos I has said that he will attend the funeral of Elizabeth II in London later this month.

The announcement by the former King comes after the Spanish government had asked him not to attend, given the potential for his presence to overshadow the current King.

The decision was, however, ultimately left in the hands of the former King who was not only related to the Queen but who is still facing charges of harassment after a complaint was filed by a former lover Corrina Larsen.

According to sources spoken to by eldiario, Zarzuela has confirmed that the emeritus kings “have communicated to the House of HM Majesty the King their intention to accept the invitation.”

The assumption is that the former King will travel in his personal capacity and will not form part of the Spanish entourage, which is the Spanish government’s wish. That should push the former King into the background, however, his presence is likely to attract unwanted media interest.

It is not known whether the authorities in the UK will use the opportunity to meet with the former King to discuss the charges against him, which he has yet to face. The courts in the UK have ruled he does not have immunity and therefore the police would be fully within their rights to detain him for questioning.

What isn’t clear is how long he intends to remain in the UK and whether there has been any communication with authorities in the UK regarding the outstanding case since the death of the Queen.

Given the nature of his visit, it is possible that prosecutors won’t look to detain him, but they may well look to a deal with him to ensure he does come back to face the charges. For now, it is a case of wait and see.

19:51 (September 12) – Spain asked the controversial cousin of Queen Elizabeth II and the former King not to attend her funeral for fears that his presence will overshadow that of the current King.

The reports that the government had intervened after Buckingham Palace issued an invitation to King Juan Carlos I became public on Monday, September 12.

Spain’s preference is for King Felipe VI, the current King, to attend such state functions abroad, particularly in light of the controversy that has surrounded his father in recent years.

According to the news site, El Debate government representatives contacted the former King soon after the announcement that the Queen had died. Although the government have asked him not to attend, he is free to do so in his personal capacity.

By all accounts Queen Elizabeth II and Juan Carlos I were close as youngsters with their friendship lasting well into their adulthood.

The invitation was extended to him personally as a relative of the Queen’s, with the event being the first such occasion attended by the former King since his abdication. That potentially would undercut the current King pushing him into the background.

Former King Carlos lives in Abu Dhabi having stepped down after nearly 40 years on the throne, with scandals surrounding his daughter’s husband over controversial elephant hunting and allegations of harassment of his former lover.

Juan Carlos I is still facing charges in the UK over claims he sent Spanish agents to Britain to harass and threaten his former lover and German businesswoman Corinna zu Sayn-Wittgenstein, 58. She alleges that his servants broke into her Knightsbridge flat to spy on her.

Among the claims is that demanded the return of gifts he had given her when their tryst ended, souring the relationship.

Cleared of suspected money laundering after the shelving of the case against him by prosecutors in Switzerland, Juan Carlos I is still being investigated in Spain over missing money allegedly taken by a Mexican friend of his.

Given all the allegations around the former King, it is no wonder Spain asks the controversial cousin of Queen Elizabeth II not to attend the funeral. With an outstanding case in the UK, it is likely that he will draw significant media attention and of the wrong kind.