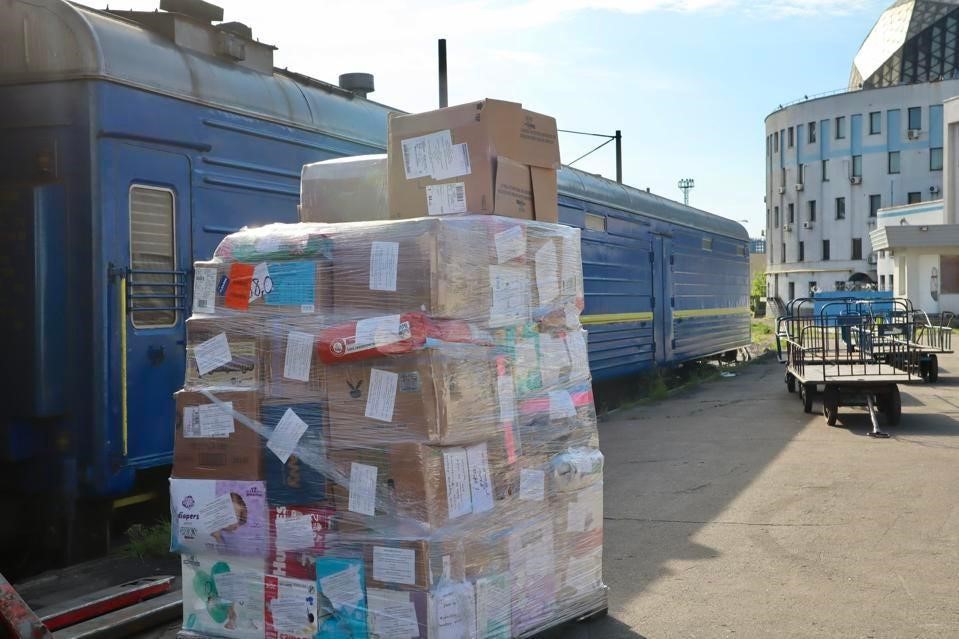 As the Russia-Ukraine conflict continues, so does the humanitarian need. The international community has demonstrated its support for the Ukrainian people by mobilising aid not only to Ukraine but also to countries that are assisting Ukrainian refugees. Volunteers from all over the world have come together to provide humanitarian aid to the people of Ukraine. In the US, Aksenia Krupenko, a Ukrainian living in Washington DC, runs the Revival Foundation, a non-profit that has successfully flown 150 tons of humanitarian aid to Ukraine.

Their operations were mentioned by Melik Kaylan in a lengthy Forbes column as an example of how the world can help the Ukrainians with aid. Krupenko was able to establish an aid program that overcomes bureaucracy, paperwork, and cash-flow issues with the help of hundreds of volunteers and support from the Ukrainian and Georgian diasporas, including a generous donation from David Kezershvili, former Defence Minister of Georgia.

The early stages of the operation

During the early days of the war, Aksenia Krupenko established the non-profit Revival Foundation, which quickly became a hub for collecting, mobilising and coordinating delivery of humanitarian aid from the US to Ukraine.

She started by reaching out to her diaspora networks, and donations began pouring into her DC apartment, which quickly became overcrowded, necessitating the need for more storage. A generous donor provided her with storage space in Maryland large enough for volunteers to sort donation supplies, but it was quickly replaced by a larger warehouse provided by yet another generous donation.

Shipping the supplies to Ukraine, on the other hand, proved to be a difficult problem with numerous obstacles. All major freight airlines in the United States were not only fully booked for weeks, but the estimated cost of one plane was a staggering $1 million. Krupenko realised that one plane would not suffice, so raising this much money for a single shipment was simply not feasible. As a result, Revival Foundation’s plans to send the first shipment were halted.

Ukrainian airline Windrose steps in to help with transport

Despite tremendous efforts on the ground, getting donated goods to Ukraine proved difficult. The closure of Ukraine’s airspace posed a significant challenge for US-based freight airlines looking to transport humanitarian aid, resulting in a time-consuming and costly process to charter a US plane to Ukraine. Krupenko also ruled out other shipping options, such as by sea, due to the time it would take for the aid to reach Ukraine.

What seemed impossible to most people did not deter Krupenko. She quickly reached out to her Ukrainian friends in an effort to establish relationships with Eastern European airline carriers. Through her connections, she met Igor Smelyansky, CEO of the Ukrainian postal agency Ukrposhta, who suggested she route the shipment via Poland.

Igor used his partnership with Windrose, a Ukrainian charter airline that delivered mail and exports from Poland to the United States, to provide Aksenia Krupenko with a means to transport humanitarian aid back to Poland on the carrier’s return flights. When the plane landed in Poland, Ukrposhta would unload the cargo and transport it across the border to Ukraine. As part of the agreement, the cargo would also be packed in the US by the Ukrainian company Dnipro LLC, a licensed shipping agent that has been instrumental in shipping humanitarian aid to Ukraine since the conflict began.

This meant that Windrose Airlines would not only solve all of the logistical problems of getting the goods out of the US, but they would also do so at a non-profit cost of $250,000. Krupenko understood that the success of the first plane shipment was vital because it would encourage other donors to finance further planes and the search for a donation began.

Donation by David Kezerashvili pays for the first plane

Aksenia Krupenko’s problem to raise money for the first plane was solved thanks to her connections with the Georgian diaspora.

The connection was ideal because Kezerashvili has had a strong commitment to the Ukrainian people since the beginning of the war. As a former defence minister, he quickly understood the gravity of the situation when the war broke out and the need for immediate assistance to Ukraine. His media company, FormulaTV, based in Tbilisi, Georgia, has actively rallied support for Ukrainians while also keeping the conflict at the forefront of the country’s national agenda. FormulaTV established the Ukraine Support Fund early in the year, with the owner contributing 500,000GEL. The Support Fund quickly became a channel for mobilising funds and non-lethal supplies from Georgia, which have been dispatched to Lviv, Ukraine, via Poland consistently.

When contacted by Krupenko, Kezerashvili immediately stepped in, covering the entire shipping cost for the first flight in early March. This donation allowed the complex operation to be completed and provided fuel for additional donors, resulting in twelve more planes delivering vital supplies to Ukrainian humanitarian facilities.

The most difficult challenge for international humanitarian organisations is usually the final distribution of the aid to those in need. Krupenko’s local connections have allowed her to establish a distribution network that includes the Ukrainian National Railways, the Postal Service, the military, and a large number of local volunteers.

From the main warehouses in Lviv and Kyiv, volunteers pack supplies for delivery by the postal service or the military, to hospitals and civilians, as well as non-lethal supplies for the armed forces.

The humanitarian operations led by Aksenia Krupenko and the Revival Foundation program demonstrates the strength and commitment by the Ukrainian diaspora in leading and organising international aid distributions to the people in need.

The world must continue to give because Krupenko and everyone else involved in assisting the Ukrainian people will not rest until the war is over.