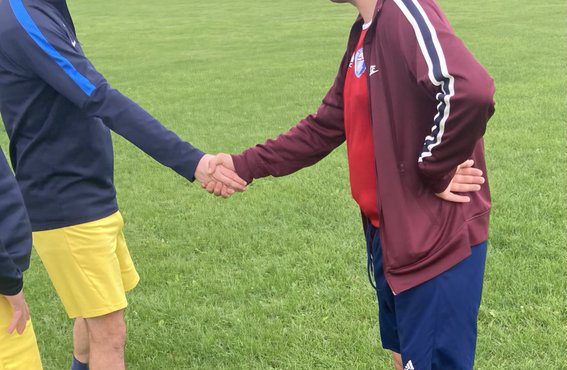 23:16 (September 14) – Rangers and Chelsea have defied the FA and UEFA ‘s decision over the use of the national anthem.

Rangers took the decision to play “God save the King” ahead of the game against Napoli on Wednesday, September 14 defying the decision of the sport’s governing body.

The club, which has a long history of a close bond with Britain’s royal family, had requested permission to play the anthem, however, it had been turned down.

But that did not stop players and fans from breaking out into a rendition of the anthem following a minute’s silence. That impromptu sign along was accompanied by banners remembering the queen and a mosaic of the Union Jack surrounding an image of the Queen.

Fans at Chelsea emulated the scenes at Ibrox with fans breaking into an impromptu version of “God save the King”, again in defiance of UEFA.

The governing body had allowed a period of silence prior to UEFA games, as well as saying black armbands should be worn at all matches featuring teams from Britain.

Rangers, who proudly posted their tribute to the Queen online, are likely to face some sort of sanction from UEFA.

These decisions along with those taken by the FA in the UK are further evidence of the governing bodies being out of touch with fans.

19:16 (September 14) – A row has broken out in British football after the Football Association’s decision to cancel games the weekend following the Queen’s death.

According to a report by Sky News on Wednesday, September 14 some lower league clubs are being investigated after they completed games despite the blanket ban that includes grassroots level football.

A significant majority of the football playing community and those who regularly pay to go and play matches side with the views of former England International Peter Crouch who said: “I know it’s only a game and some things are much bigger but imagine all our games went ahead this weekend.

“Isn’t that a better send-off?”

That view has widespread support, with games offering a wonderful way for fans to show their respects many of whom would not do otherwise.

Clubs that are being investigated include Sheffield International FC and Byron House, whose game went ahead prompting the Sheffield and District Fair Play League to condemn the “disrespectful and despicable behaviour.”

Sheffield & Hallamshire County FA said in a statement: “There will be an investigation into this matter, in conjunction with the, and these two teams will be dealt with in the strongest possible terms.”.

League chairman Danny Taylor said: “We may or may not agree with the mass cancellation of football, but this was decided as a mark of respect and should therefore have been adhered to.”

The two clubs in trouble decided to go ahead and play a friendly in a mark of respect, however, administrators haven’t taken the same view.

But just who is right? Should the FA and its member bodies be allowed to implement such a wide and total ban without consulting those that make up the game, the players?

Secondly, was cancelling the games the right thing to do or was a major opportunity missed up and down the country for football fans to show their respect?

Finally, one has to question what the FA hoped to get out of the cancellation of the games. Did it really help the sport to show its respect for the Queen or did it achieve quite the opposite?

Is the British football row all about nothing or was this a genuine missed opportunity?  What do you think?