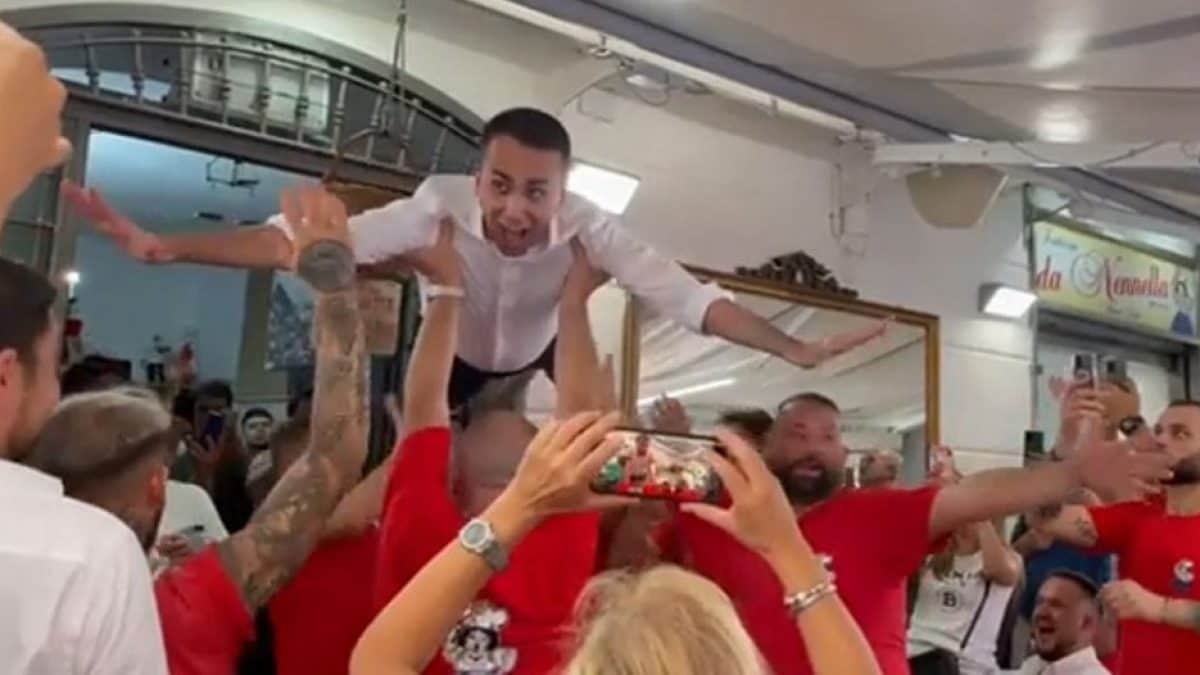 Italian foreign minister Luigi Di Maio, in the midst of his election campaign, was lifted by waiters at the Trattoria da Nennella restaurant in Naples and took part in a spontaneous Patrick Swayze/Jennifer Gray moment from the film Dirty Dancing.

Videos of Di Maio being hoisted up by the waiters, spun and toured around the room, all to the famous tune of (I’ve Had) The Time of My Life – the title track from the classic movie soundtrack – have gone viral on Wednesday, September 14.

Nobody puts Minister of Foreign Affairs Luigi Di Maio in a corner.

Another person wrote: “One day we will wake up from this (bad) dream.”

“The guys in the red shirts had a great chance to test gravity, too bad,” another person said.

One person compared the politician’s actions to that of Finnish Prime Minister Sanna Marin, who famously took a drug test after videos of her partying were posted online.

The video from Italy comes after a video of a woman being ‘hit’ with a stick went viral.

The viral video, which was shared on Monday, September 12 and has been retweeted over 20k times, shows a woman running full pelt as a man swings and ‘hits’ her with a stick.

The video shared by @overtime has amassed thousands of comments on Twitter, with people suggesting that the man should be arrested for hitting a woman, while others pointed out this is how people train to be a stuntman.

The footage shows the man with a wooden stick winding up a huge swing as the woman dressed in black and purple with a bungee cord tied around her waist sprints towards him.

As she gets closer, the man swings the bat and it appears to catch the woman in the face as she attempts to block it.

Afterwards, she lies motionless on the ground as onlookers in the stunt class nod their heads in approval.