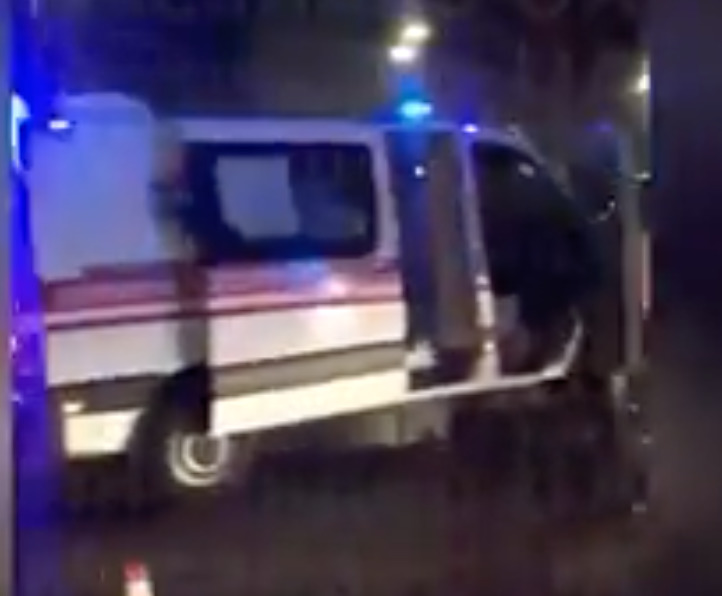 Update 8.40.am (September 15) Video footage of Ukraine President Volodymyr Zelensky’s car accident was released on social media hours after it was announced.

A video of the car accident with President #Zelenskyy appeared online. pic.twitter.com/SFAz03ITI6

⚡️ A video from the scene of an accident with Volodymyr Zelensky appeared on the network.

Original 1.28.am (September 15) UKRAINE’S President Volodymyr Zelensky has been involved in car accident hours after Putin survived an assassination attempt.

Ukrainian President Zelensky has been involved in a car accident in Kyiv, but has not been seriously hurt, his spokesman said.

Sergii Nykyforov said on Facebook: “A car collided with the car of the President of Ukraine and escort vehicles in Kyiv.

“Doctors accompanying the Head of State provided emergency assistance to the driver of the car and handed him over to the ambulance.”

He added: “The President was examined by a doctor, no serious injuries were found.

“Law enforcement officers will establish all the circumstances of the accident.”

The news of Zelensky being involved in a car accident comes after reports that Russian President Vladimir Putin had survived an assassination attempt in Moscow on Wednesday, September 14.

According to reports, the left front wheel of Putin’s car was hit by a loud bang. Smoke quickly followed but the car was driven to safety.

Putin was unharmed in the incident, however, it is understood that a number of arrests have been made by the security services. Amongst those that have “disappeared” are a number of his bodyguards amid claims the president’s movements were compromised.

Ukraine’s president was praised on Wednesday, September 14 for getting the upper hand on President Putin in Kharkiv and Kherson.

Jarmo Lindberg, a former commander of the Defence Forces of Finland, said Ukraine’s clever diversion succeeded in Kharkiv because it was so credible.

“Ukraine’s successful offensive in the Kharkiv region was based on a clever diversion that was built up to be entirely credible,” he said.

“In addition to President Volodymyr Zelensky’s openly expressed intentions to attack, Ukraine also massed troops in the south at Kherson, where it used long-range weapons in a manner reminiscent of normal offensive preparations.