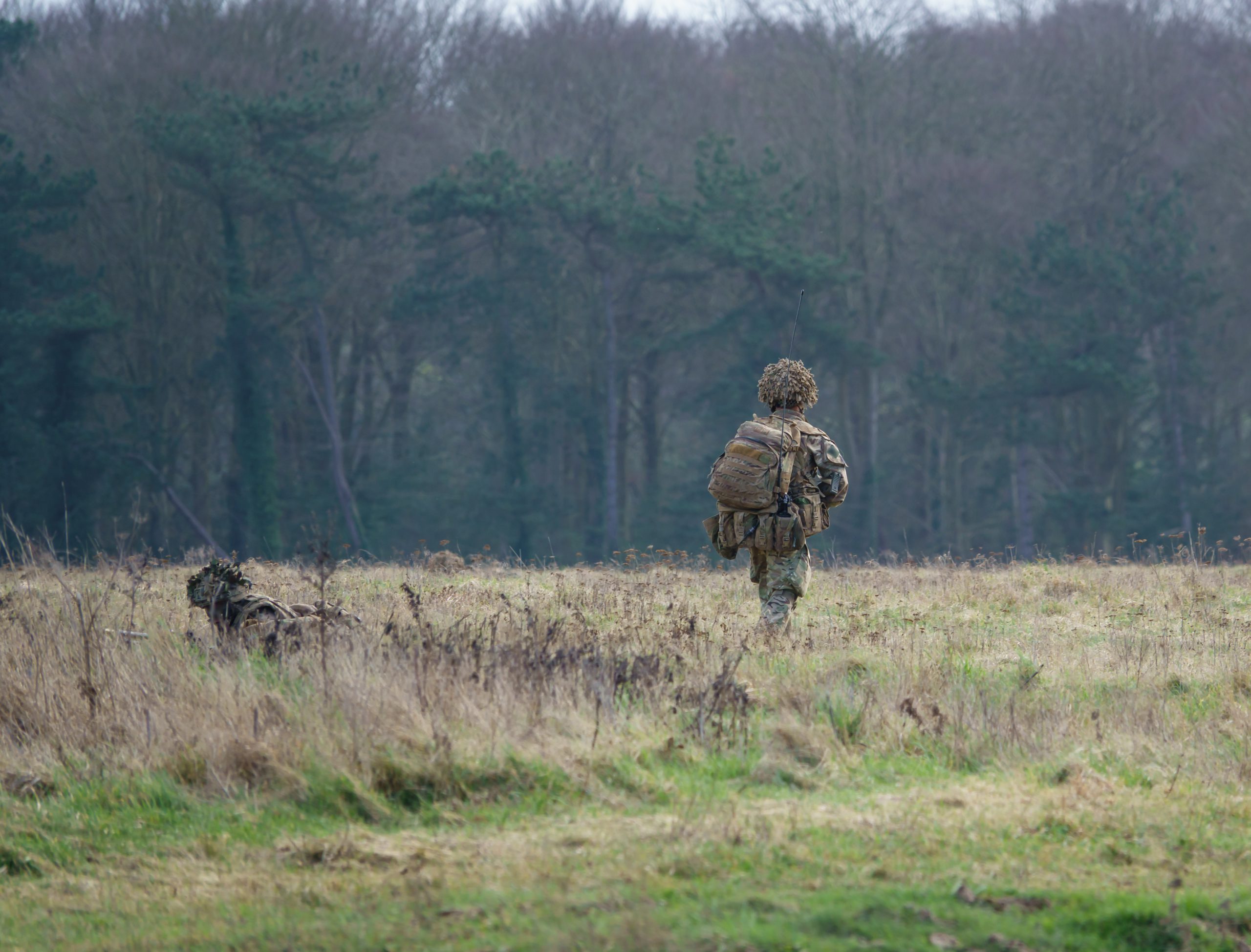 BRITISH Ministry of Defence confirms the death of Corporal Navin Thapa Magar of the First Battalion, The Royal Gurkha Rifles.

Tributes have been paid following the confirmation from the British MoD that Corporal Navin Thapa Magar of the First Battalion, The Royal Gurkha Rifles died during a non-operational training incident in Brunei on August 11, 2022.

The MoD said: “Corporal Navin was a member of A (Delhi) Company. He grew up in Tanahun District in Western Nepal and attended selection for the British Army in 2013, where he passed the famously challenging Doko Race and received an award as top recruit for the Western Region.

“He completed his basic training as part of the 2014 Intake in Gurkha Company at the Infantry Training Centre Catterick before joining his Regiment. He spent his career serving with his Battalion in Brunei, the UK, on operations in the Balkans, and on numerous overseas training exercises.”

It added: “Corporal Navin was an outstanding example of a leader who served his soldiers to the utmost. He was one of the most respected soldiers and leaders in the unit and he cared deeply about the welfare and development of those more junior than him. He would never miss a moment that could be spent educating his soldiers, going out of his way to provide them with the benefit of his own experience.

“The high performance and team spirit of those around him was a credit to the effect he had on people. He was a constant source of good advice to his commanders; never shy to speak up where the mission or the soldiers could benefit from his insight.

“His own performance on professional courses was frequently exceptional, and he promoted to the rank of Corporal quickly.”

Speaking about his deployments, the British Ministry of Defence said that Corporal Navin Thapa Magar was “deployed to Kosovo with the Battalion in September 2021 on Op ALLIED SOLACE where he led a team of soldiers who took part in efforts to provide a safe and secure environment for Afghan refugees.”

“During his time in Kosovo, he demonstrated all the qualities that make Gurkhas so well-renowned; courage, resilience, and a compassion for those in a time of need. His excellent cultural understanding and warm nature helped him support efforts to assist the refugees and lead his soldiers through testing conditions.”

“Beyond the routines of work, Corporal Navin was a sociable, energetic, and trusted friend. As with his work, his enthusiasm for fun was contagious. He was a gifted musician and dancer, often playing guitar and leading a chorus of Nepalese songs or encouraging his friends into a dance routine at company events,” it said.

“Corporal Navin’s abilities and his constant pursuit of excellence propelled him toward ever greater challenges. His loss is felt deeply amongst all who knew him. He leaves behind his mother and father and his elder brother and sister. The thoughts, prayers and condolences of his Battalion are with them at this most difficult of times.”

Lieutenant Colonel Hugo Stanford-Tuck, Commanding Officer, First Battalion, The Royal Gurkha Rifles said: “Corporal Navin was a phenomenal soldier and leader. Unrelenting in his pursuit of professional excellence he embodied the finest qualities of the Gurkha soldier. His loss leaves a hole in the Battalion which it will be impossible to fill.

“More than this, he was a friend to all, and the very best of us. We will all miss him, we will remember him. I am filled with the greatest sympathy for his friends and comrades but above all for his family. They have experienced the most terrible of losses. My thoughts and prayers are with them in Nepal at their time of grief.”

Major James Devall, Officer Commanding, A (Delhi) Company said: Corporal Navin had a tremendously positive influence in the Company. He possessed that special blend of high-achievement, humility, and consideration for others.

“His relationship with the junior riflemen was the personification of good leadership; setting the highest personal standards and challenging his soldiers to reach their own potential, while always demonstrating a genuine compassion and a desire to educate. He was constantly testing himself to his limits but no matter the hardship, I never saw him without a ready smile to encourage those who followed him.

“We will all remember him proudly, as a great leader and friend. Our thoughts are with his family.”

Captain Narbir Galami, Second in Command, A (Delhi) Company said: “Corporal Navin Thapa Magar was an utterly professional, robust, and versatile individual possessing the exceptional qualities of an infantryman, and a typical Gurkha soldier. An excellent ambassador and a true role model who was always the backbone of the Company.

“The Company is still in shock and saddened to learn of his irreplaceable loss. At this extremely difficult time, our thoughts and prayers are with his bereaved family. Navin “I Do” Bhai, we will miss you terribly. May your departed soul rest in peace, see you at the other end.”

WO2 Bhabindra Rai, Company Sergeant Major, A (Delhi) Company said: “Corporal Navin was one of the most professional Gurkha Junior Non-Commissioned Officers I’ve met in my career. He was humble, polite, and hugely competent in his job. He always had time for his juniors and shared a big smile with everyone he met.

“Navin is inspirational for all of us, his dedication, love, and caring nature for all Delhi Company personnel will remain forever. Our deepest prayers and thoughts are with his family and friends.”

Lieutenant Matt Bennett, 1 Platoon Commander, A (Delhi) Company said: “Upon joining the Battalion, I will never forget how welcome Corporal Navin made me feel. He was far more than just a fantastic soldier; he managed to weave creativity, intelligence, and a strong work ethic around a deep care for other people. This was most apparent to me during his tour to Kosovo.

“His junior soldiers meant everything to him and his efforts to care for them, alongside leading them professionally, were exceptional. A role model in the Platoon, he showed great resilience and took pride in all that he did. My deepest condolences are with his family and friends at this time.”

Sergeant Ojasbi Rai, 1 Platoon Sergeant, A (Delhi) Company said: “An incredibly professional, dedicated, and loyal JNCO, Corporal Navin was not only skilful in a military context, but he was also equally talented outside of it, and was a fantastic dancer, football player and video maker.

“A great leader, friend, and gentleman; always loved and praised by all for his exemplary work ethic and morals he truly inspired all around him. It was a great honour to have served with such an inspiring image of bravery and compassion.

“Corporal Navin was a remarkable friend and comrade to many people and will be sorely missed. I would like to extend my deepest sympathy to his family and friends.”

Corporal Bikram Pata, A (Delhi) Company said: “He was like my younger brother. We were from the same hometown … He was one of the most versatile athletes during sports. Besides that, he was good at painting, playing guitar and leading a sing song with fellow members during his spare time.

“I will always feel very lucky to have had him in my life as a brother and close friend … The last memory I had with him was eating momo dumplings together in barracks where we both shared the same plate of food together … I extend my deepest sympathy to his family and friends at this difficult time.”

Lance Corporal Ritesh Rai, A (Delhi) Company said: “He was a role model for so many people. His life will always teach us what a phenomenal soldier would look like and for junior soldiers he was the man they could always look to for inspiration … I still remember his last dance at our company party with a Bruno Mars hat on, he was such a talented individual … Navin was an all-rounder, he was good at playing football, good at dancing, good at guitar, fittest in the company, he had a great sense of humour, most importantly he was a great soldier, who always fulfilled his duty with great dignity … You have only gone out of our sight my friend but not from our heart.

“Much more power and prayer to a family and friends in Nepal.

Lance Corporal Shiva Gurung, A (Delhi) Company said: “Cpl Navin Thapa was a very good natured and kind-hearted person. We have worked together within the same company since Day 1 of our Army career.

“I have always known him as a very dedicated soldier who showed great influence and motivation to his fellow friends and juniors. … Not only was he expert in the military field, but he was also always the best in most sports, music and even in dance.

“It’s difficult to accept the fact that I am never going to see you again. Death might have taken you away quickly, but you will live forever in our heart, dear friend. Jay intake 14.”

Minister for the Armed Forces James Heappey said: “It is with deep sadness that I heard of the death of Corporal Navin Thapa Magar of the First Battalion, The Royal Gurkha Rifles, in Brunei.

“It’s clear from his colleagues that he was a dedicated, professional soldier held in the highest regard and a shining example of what the British Armed Forces stand for.

“Our thoughts and prayers are with his family and loved ones at this terrible time.”