Councillor Bill Anderson: Could do better? 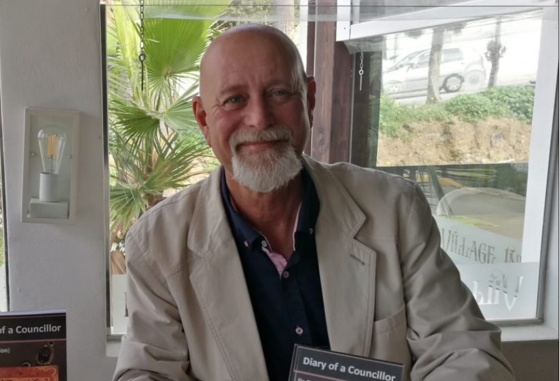 What does a councillor in opposition do? Basically, anything they want. In fact, for the party or parties in government, the less they do, the better. You need to understand, that in a council there is no sense of the entire number of councillors working together for a common good. In Mijas, we have 25, for example, with two parties forming the 13 majority government.

I have never before been paid from the public purse, albeit on a 50 per cent salary, but I worked for years in the UK with those who had lived most of their lives from the public purse: the career politicians. I decided very early on that I had to focus my attention on something, or “someones” to justify my existence.

In Mijas, one-third of the 90,000 registered population are internationals from around 120 different countries. I decided to focus on the Internationals. I have always felt that the meagre efforts made by councils to help the International Community integrate was a bit on the pathetic side.

Give them the odd Flamenco show and turn up at some of their events for a photo. OK, we do have a Foreigners’ Department who in fairness do a solid job in helping with paperwork and often go above and beyond, but in the main, the councillors who hold the reins do very little to facilitate real integration. They still call us “the Foreigners” for goodness sake, even though some have lived here longer than some councillors have been alive.

This is not a Mijas or Costa del Sol issue as the information videos I made during the lockdown were often viewed by over 40,000 people from around Spain. What were their “Foreigners’ Councillors” doing? Maybe we “foreigners” also have to make a bit more effort, however.