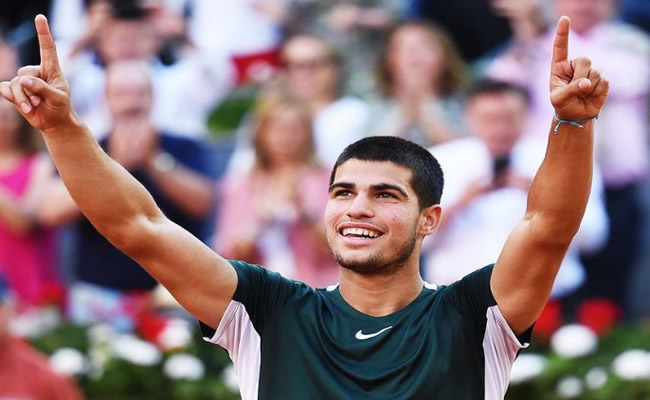 Carlos Alcaraz is reported to be fit and ready to face Canada in the Davis Cup tennis competition in La Fonteta in Valencia.

The Spanish Davis Cup team will seek today, Friday, September 16, in La Fonteta in Valencia, to mathematically secure its classification for the Final Phase which will be played in Malaga. A huge plus in their favour is the appearance of the teenage sensation, Carlos Alcaraz, who will premiere his status as the world number No1.

Alcaraz is fresh from his recent victory in the men’s singles at the US Open. The young star came through some long matches before claiming the crown in New York and there were questions about his recovery in time to face Canada.

He has reportedly shown no signs of tiredness in his recent training sessions. As a result, Sergi Bruguera will surely select the youngster from Murcia to face Canada, seconded by Roberto Bautista.

If there are no surprises in the North American team’s lineup, Alcaraz would most likely face Felix Auger-Aliassime in the main duel of the day. Bautista would probably face Vasek Pospisil in the first match of the day.

Marcel Granollers and Pedro Martinez will be expected to complete the team in the doubles. Spain is on course to qualify for the finals in Malaga after the resounding 3-0 victory against Serbia. As two teams go forward from group B, barring a shock result, Spain should be in with a huge chance of reaching the finals.

A victory against the Canadians would leave the Spaniards settled and would turn the confrontation against South Korea on Sunday, September 18 into a mere formality.