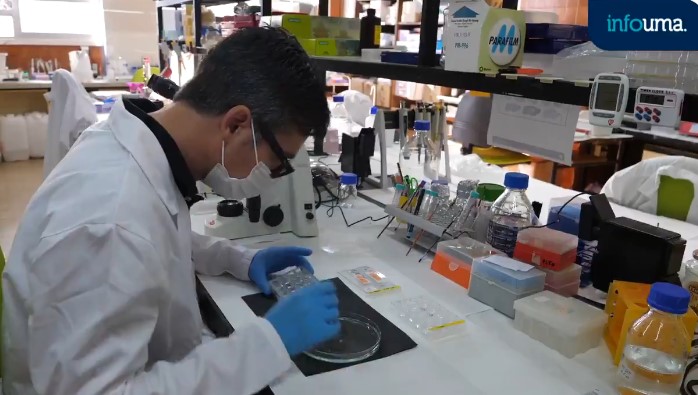 Image of David Baglietto from the University of Malaga. Credit: [email protected]

The prestigious American Alzheimer’s Association has awarded an R&D international project worth just under €150,000 to a researcher from the University of Malaga.

David Baglietto Vargas, a researcher from the Department of Cellular Biology, Genetics and Physiology at the University of Malaga has won one of the international projects awarded by the prestigious Alzheimer’s Association of the United States.

Specifically, Baglietto has received just short of €150,000 to study Alzheimer’s disease over the next three years. It is a very competitive international field, in which specialists from all over the world participate.

Baglietto, a scientist from the Beatriz Galindo senior program at UMA has been focusing his line of research on the study of Alzheimer’s. He was investigating how different risk factors – genetic, environmental, lifestyle, and comorbid diseases – influence the development and progression of this disease.

His team’s latest research is based on the evidence that people with diabetes and obesity face double the risk of suffering from Alzheimer’s. These are two pathologies generally associated with a massive increase in adipose tissue. They will study how adipose tissue from obese animal models may influence the onset and progression of this neurodegenerative disease.

The scientist explains that, for this, Innovative histological and molecular techniques will be used in the laboratory to carry out this work explained the UMA researcher.

The work will be carried out in collaboration with Antonia Gutierrez, a professor of Cellular Biology. She is also the director of the ‘NeuroAD’ group at the UMA, which also belongs to CIBERNED – Centre for Network Biomedical Research on Neurodegenerative Diseases – and IBIMA-Bionand Platform, which also has the participation of scientists Eduardo Garcia Fuentes and Eva Garcia Escobar, as reported by malagahoy.es.

Alzheimer’s is a progressive neurodegenerative disease that mainly affects older people. According to a study carried out by the ‘Global Burden of Disease’, there are currently around 800,000 diagnosed cases in Spain.

By 2050, it is estimated that this figure will increase to 1,200,000 million.  Next Wednesday, September 21, World Alzheimer’s Day will be celebrated, an event declared by the WHO.