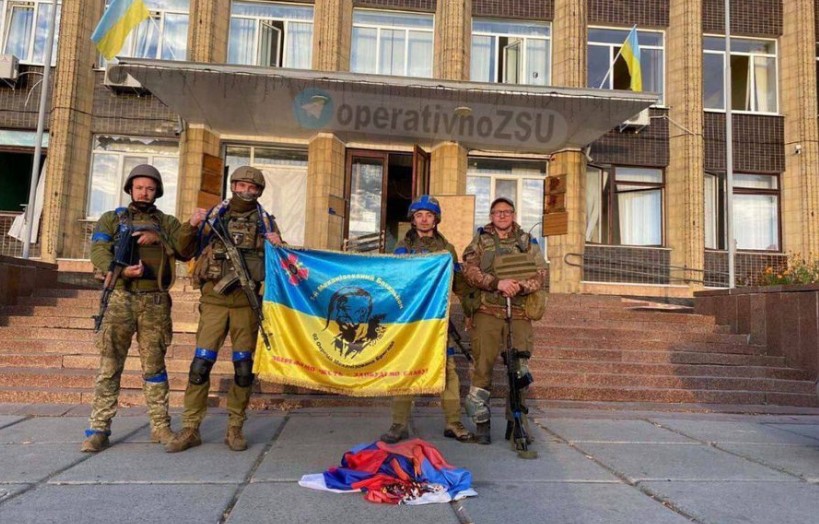 The villages of Dibrovo and Shchurovo have been liberated from their Russian occupiers with the Ukrainian flag now reported to be flying in both of the Donetsk region settlements.

The Ukrainian flag has been raised this evening, Saturday, September 17, in the villages of Dibrovo and Shchurovo. Both settlements in the Donetsk region were occupied by Russian forces who were flushed out by the advancing Ukrainian counter-offensive.

WATCH: The Ukrainian armed forces have liberated two new settlements in the # Dibrovo and #Shchurovo. This was reported in social media on September 17. The flag of #Ukraine was raised in these settlements. pic.twitter.com/7jA4CAG3ZL

President Volodymyr Zelenskyy could soon have extra firepower on his hands if a deal goes through with the US. Kyiv is believed to be on the verge of acquiring F-16 fighter jets, Patriot air-defence systems, and Gray Eagle drones. This hardware will arrive within the framework of multiyear treaties on military aid. Advisors to Zelenskyy and major Washington interlocutors are said to be involved in the negotiations.

BREAKING: Gey Eagle is coming to #Ukraine. Talks between #Ukraine and the #US to sell F-16 fighter jets, Patriot air defense systems, and Gray Eagle drones to #Kiev are underway. The talks are taking place within the framework of multiyear treaties on military aid. pic.twitter.com/Sz4fFQWGHE

In another incident this evening, Russian occupying forces had to deal with a ‘counter-terrorism’ incident in the city of Kherson. It is thought that either a team of SBU special operatives or a group of partisans were involved in a mission in the city.

Russian media outlets later claimed that the occupying forces had destroyed all of the ‘terrorists’ in a shootout near the train station. Various social news sites confirmed locals reporting hearing the sound of gunfire and grenades exploding. Video footage uploaded online showed Russian armoured vehicles being deployed amid the sound of gunfire.

Other reports suggested that no Ukrainians were involved and that the fight was in fact between Wagner group mercenaries and Chechen fighters belonging to Ramzan Kadyrov.