UPDATE: Valencia man who found nine million pesetas worth of notes in Nesquik jars has a buyer 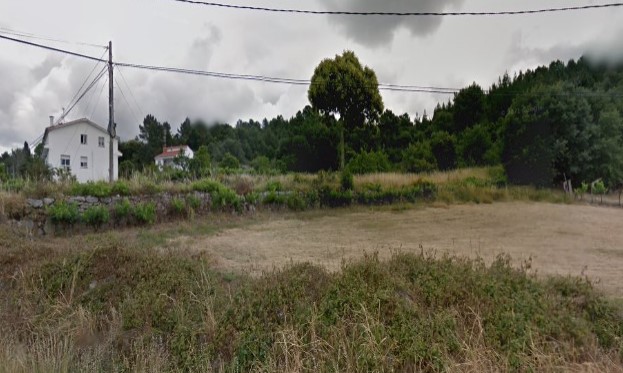 A homeowner in Valencia discovered jars containing around nine million pesetas that the Bank of Spain refused to exchange, has found a potential buyer for them.

Earlier this month, we reported how Toño Piñeiro, a Galician-born resident of Valencia found around nine million pesetas worth (about €54,000) of old banknotes in Nesquick jars. The Bank of Spain refused to exchange them because the deadline had passed.

His story was in all the Spanish media and Toño has had a slice of good fortune. Just days after his story broke, a potential buyer for the notes contacted him. According to Diario de Pontevedra, a designer by the name of Pepe Cruz is interested in acquiring part of the trove discovered in an old property in the city of Lugo.

Cruz’s interest lies mainly in the fact that these pesetas were designed by his father, Jose María Cruz Novillo. “My father had bought banknotes from the first batch of banknotes from the Bank of Spain, but a large part of them were stolen from us in the early 1990s and others deteriorated due to humidity”, he explained to Diario de Pontevedra.

The designer stated that he would like to recover these banknotes “as an archive fund for our studio”. He pointed out that at the time of obtaining these notes, the Bank of Spain stopped exchanging them in euros and so: “it was not very easy to find them, because people had already changed them”.

Now his luck has changed thanks to the discovery of Toño Piñeiro. The value of the bills will depend on their numbers, as well as the state in which they were found, although Piñeiro has already said that he will keep “one of each value”.

In the event that Cruz does not buy all the pesetas found in his house, his plan B will be to call another Canarian collector who has also shown interest in these bills.

Toño Piñeiro, a resident of Valencia, made an astounding discovery whilst refurbishing an old abandoned property that he had bought in the village of Millan, in Lugo, Galicia. During the course of his building work, the shocked man uncovered around nine million pesetas, equivalent to about €54,000.

The old Spanish currency notes were inside six Nesquick jars scattered around the building and its outbuildings Mr Piñeiro explained to the Spanish publication El Progreso.

There is an element of good fortune but also bad fortune in this tale. When Piñeiro discovered the first two jars, it was before the Bank of Spain’s deadline to exchange old currency. The property had been empty for almost 40 years before he bought it, and the amount of around €30,000 he made by exchanging the old notes came in very handy for building costs.

However, since July 2021, the Bank of Spain no longer accepts old pesetas. This meant that the last three jars full of notes were worthless unless you are a collector of souvenir old notes, professed a dejected Mr Piñeiro.

He has no intention of throwing the money away, although he admitted that the situation made him very angry. His latest three jars have a value of around another €24,000. The banknotes were of 5,000 peseta denominations from the year 1979. Those found previously had dated back to the 1950s.

Referring to the jars of money, Mr Piñeiro suggested: “I guess they kept the money in those containers to avoid humidity. I’m certain that the last ones were somewhat damaged, but the others weren’t, they were ironed, it was unbelievable”, recalling his excitement at the time he found the first two jars, thinking he can pay all his bills.

On all three occasions, he came across the jars full of money by pure chance. This summer, for example, it was while he was throwing debris from the house renovation work into the cellar. “There was a trough where they used to throw the millet and I was going to remove it from there so it wouldn’t spoil. The two containers were there, it was a great surprise”, he explained.

It would appear that the home’s previous owner had a habit of stashing notes. As a local source pointed out, the man had a machine to make sulfate. “When we opened it to fix it, we saw that it was full of bills, but we gave it back to him”.

Toño Piñeiro said he has not ruled out that the house may hide more secret stashes. “I don’t know what to say anymore, I have doubts, but every time I go there I end up getting cards. Maybe at Christmas, when we return from Valencia to continue with the work, more will appear”, he pointed out with a laugh.