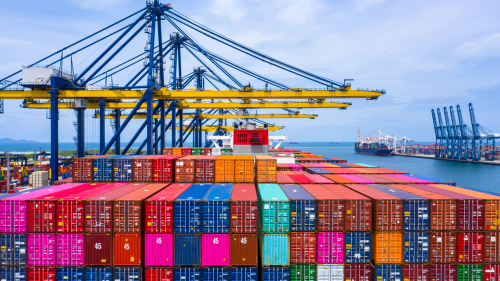 A UK-US trade deal is years away according to Prime Minister Liz Truss who admitted that there are “no negotiations taking place.”

The admission came en route to the United Nations General Assembly on Tuesday, September 20 pouring further cold water on the much-vaunted claim by Boris Johnson that the UK was at the front of the queue.

Truss, who is due to meet with US President Joe Biden after the Assembly meeting told reporters: “There aren’t currently any negotiations taking place with the US and I don’t have an expectation that those are going to start in the short to medium term.”

The former foreign and trade secretary said that the priority, for now, was to collectively deal with Russian aggression and that she was now looking to the East to do trade deals. In particular, she is looking at a deal with India, a deal Johnson claimed could be tied up before the year-end.

She added that she is looking for a deal with the Gulf Cooperation Council (GCC), made up of Bahrain, Kuwait, Oman, Qatar, Saudi Arabia and the United Arab Emirates and the Comprehensive and Progressive Agreement for Trans-Pacific Partnership (CPTPP).

That grouping takes in Australia, Canada and Japan and is one of the world’s biggest trading blocs.

The change in direction is no surprise due in part to the potential of these trading blocs and the US view on the sanctity of the Northern Ireland protocol.  Although Karine Jean-Pierre, the White House Press Secretary, says there is “no formal linkage” between a trade deal and Northern Ireland, warnings were issued again last week that the UK has to respect the agreement.

The admission will be seen by Remainers as further evidence of the lies told by Brexiteers as she confirms that a UK-US trade deal is years away.