Spain to release a €40 commemorative coin this Autumn 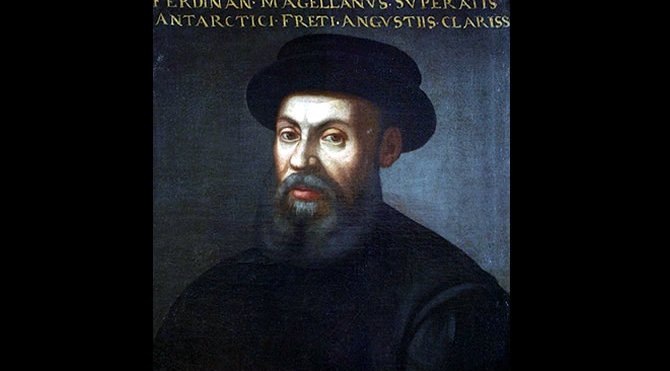 A €40 coin will be released in Spain this Autumn to commemorate the 500th anniversary of Magellan’s historic voyage around the world.

A commemorative €40 coin will be released in Spain this Autumn to coincide with the 500th anniversary of Portuguese explorer Ferdinand Magellan’s historic voyage around the world.

Magellan set sail from Spain on August 10, 1519, with 237 men in five ships. their quest was to discover a new route to the spice-rich Moluccas Islands of Indonesia. After Magellan was killed during the Battle of Mactan, in what is the present-day Philippines, Juan Sebastian Elcano took over the expedition. He returned to Sevilla in September 1522.

As explained by Visual Numismatics, over the last four years, different events relating to the trip have been celebrated in Spain, leading up to this year’s big date.

This special coin will be circulated by the National Currency and Stamp Factory (FNMT). In the coin’s upper part, in a circular shape and in capital letters, will be the legend ‘V CENTENARIO VUELTA AL MUNDO’.

Below this will appear the value of the piece, €40, the FNMT branding, and, within a circle, a boat, a five-pointed star, and the number 22. The obverse includes the superimposed profiles of the King and Queen of Spain, their Majesties Don Felipe VI and Doña Letizia. In the upper part of the coin, in a circular direction and in capital letters, the inscription ‘FELIPE VI Y LETIZIA’ is included.

In the lower part of the coin, in capital letters, will be the legend ‘ESPAÑA’ together with the year of minting ‘2022’. Separating these two will be a fleur-de-lis, the symbol of the Bourbons. It will surround the motifs and legends as a glyph of pearls, all created by the National Currency and Stamp Factory.

The coin will be issued between October and November and can be purchased at the Bank of Spain. It will be made of silver with a purity of 925 and with a diameter of 33mm, weighing 18 grams.

Collecting coins is a trend that is on the rise and although numismatics is for many an innate passion or need, the sale of coins is for others a simple investment. Real fortunes can be paid to obtain pieces with a value, with some reaching in excess of €1,000, or in some cases, even €1 million.

Being in possession of an exclusive coin that has a low circulation can provide its owner with a significant amount of money. It could be a good idea to be vigilant in case the new commemorative coin that will be launched in Spain crosses our path.

After the entry into force of the euro, all the member countries of the European Union were free to make those coins that they wanted to be legal tender to honour anniversaries or relevant events, as reported by larazon.es.