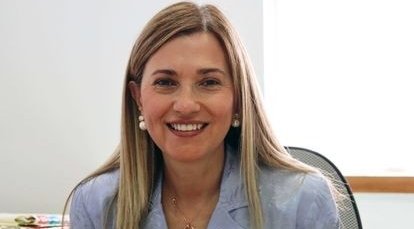 A Spanish doctor named the best researcher in the world when it comes to blood cancer myeloma has been honoured by the International Myeloma Society (IMS).

Doctor María Victoria Mateos, a 52-year-old from the Salamanca University Assistance Complex was given the award on Friday, September 23 at the IMS annual general meeting in Los Angeles.

Mateos, who is also the chair of the Spanish Society of Hematology and Hemotherapy is also the head of the innovative therapy unit at the Salamanca hospital.

Speaking about the award, she said that she has been working on myeloma since completing her doctoral thesis on the subject in 2000. Myeloma is the second most common cancer after lymphoma affecting millions annually.

She told El Pais: “About 20 years ago, there was hardly any treatment and in a short time it became fatal in need, in recent years it has been possible to know the disease and discover new drugs.” Continuing she said the research groups with which she works have enabled “innovative and beneficial combinations for patients, there is realistic talk of curing patients with myeloma, impossible for a long time.”

Mateos says that pharmaceutical companies have been able to produce better and better drugs and treatments, while advances in medicine have resulted in more and more patients being diagnosed with myeloma.

Myeloma affects one in 100,000 inhabitants every year and is detected in about 2,000 cases annually in Spain. Early diagnoses is making it possible to treat patients sooner with “premalignant situations on the rise.”

In receiving the award Mateos said more money was needed saying that “The International Myeloma Society has an American foundation that donates millions of euros annually dedicated to research grants. But we need more in Spain and around the world.”

Praising Spain’s healthcare she said: “There is more and more innovation in cancer and in all diseases. It costs a lot of money and agreements must be established with pharmaceutical companies so that this great advantage of our health system is not lost.”

Mateos, the Spanish doctor named the best myeloma researcher, finished by saying the main challenge facing the health sector, is in the “delay” in getting drugs to the market and the patient

Thank you for taking the time to read this article, do remember to come back and check The Euro Weekly News website for all your up-to-date local and international news stories and remember, you can also follow us on Facebook and Instagram.€82.4