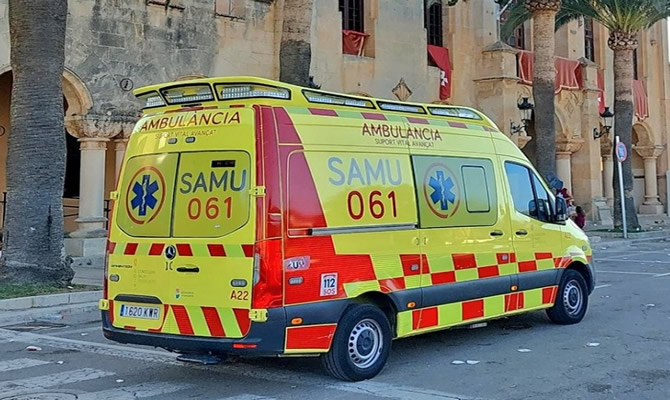 One crew member was hospitalised in Palma after an explosion occurred on a boat south of the Balearic island of Cabrera.

Health officials in Palma de Mallorca have confirmed that a Russian national who was transferred to the Son Espases University Hospital after an explosion on a boat has since passed away as a result of the serious burns he received.

The Guardia Civil is believed to suspect that the vessel was loaded with drugs. According to their investigations, the five drug traffickers on board probably set fire to the boat when they were discovered by the Guardia Civil patrol boat, Rio Cervera, as reported by laopiniondemalaga.es.

As reported by SAMU 061 on Friday, September 23, a 42-year-old man of Russian nationality is in critical condition after being injured in an explosion that occurred on a boat in Algerian waters, south of the uninhabited Balearic island of Cabrera . He is believed to have suffered extensive burns to parts of his body.

There were reportedly five crew members on board the vessel at the time of the incident. Two of them were injured but only one of them eventually needed hospital treatment. The incident happened 241 km (130 miles) south of Palma de Mallorca.

SAMU 061 deployed a Maritime Rescue vessel at around 06:40am after receiving an emergency call. A helicopter was also dispatched to transport the injured man to a hospital.

He was flown to Palma airport from where an Advanced Life Support ambulance picked him up and stabilized the patient for later transfer to the Son Espases University Hospital, as reported by europapress.es.