Exmoor pony exempt from extinction if genes are preserved 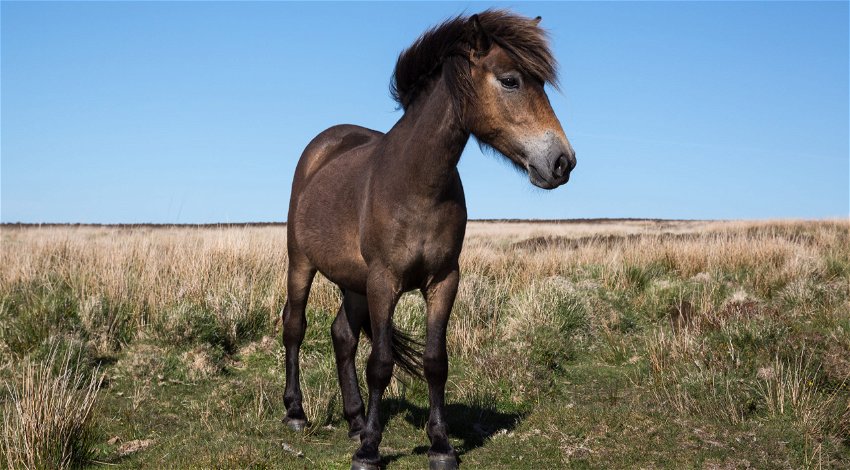 The Exmoor pony is at risk of extinction due to the effect of climate change on a narrowing gene pool. However, a “pony ark” is in the works as plans are underway to safeguard one of Britain’s most threatened native horse breeds from future extinction.

Having adapted and acclimatised itself to the wilds of the moor, the Exmoor pony lives there freely, with sharp intelligence, a sturdy build, hard feet, and a thick coat and tail to keep it warm and allow rain to run off.

As well as the Exmoor ponies, herds of semi-feral ponies now live on the moor all year round, and are monitored by farmers who round them up and inspect them in October of every year, according to The Telegraph.

Currently there are only 4000 Exmoor ponies in the world, and it is feared that as only 600 of these make up the breeding population, that there is a higher risk of inbreeding and disease if genetic diversity is not preserved, according to the Exmoor Pony Society.

Following the second world war, there were only 50 registered ponies, narrowing the gene pool significantly.

As proposed by the Exmoor Pony Society, semen samples from 25 stallions will by cyropreserved (stored at very low temperatures) in a “pony ark” in an attempt to secure the breed’s continued existence. This preservation method is usually intended for embryos, however there are still technical problems faced by equine embryo preservation.

The society will be able to fund around half of the recommended 25 stallion samples, however donations will be raised in order to fund the rest.

Chief executive of the rare Breeds Survival Trust, Christopher Price, said that “The pioneering genomic analysis of the Exmoor Pony breed that we completed earlier this year alongside the Exmoor National Park Authority and the Exmoor Pony Society, with generous support and assistance from the University of Nottingham and local individuals, means that we can now see the breed’s whole genetic picture for the first time.”