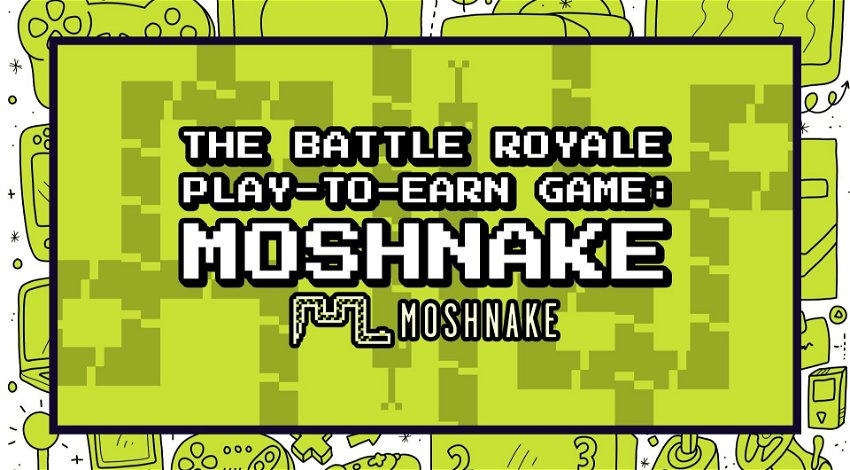 More interestingly, the blockchain gaming sector would be more relevant to the gaming sector than the crypto landscape because it helps solve prominent issues gamers face. Blockchain gaming puts the power back in the hands of gamers because they contribute the most value to the ecosystem. It allows them to own in-game assets and avatars and earn from playing, which is why blockchain games are mostly referred to as play-to-earn games.

Moshnake (MSH) is a new play-to-earn game that takes the blockchain gaming sector one step further to claim a larger share of the gaming market. The new game is fit to help regular gamers ease into the intricacies of blockchain gaming, where they can have a taste of the several opportunities available.

Axie Infinity(AXIE) is a play-to-earn blockchain-based game that allows users to purchase NFTs of cute monsters, which they use to battle against other users to win NFTs, tokens, and other valuable assets. The game was created on the ethereum blockchain via a sidechain called Ronin. Ronin helps to hasten transactions while reducing fees, solving a typical issue with applications built on Ethereum.

In-game objects are represented as non-fungible tokens(NFTs). These cryptographically distinct tokens may be connected to online content, such as the Axies and land plots that make up the Axie Infinity game. The NFT, in contrast to standard in-game products, grants full ownership to the user, and you may exchange Axies on the game’s market for real money.

Additionally, Axie NFTs can be traded on external marketplaces because the users truly own them. Even in a scenario where the Axie Infinity game no longer runs, the owner can still sell the NFT for whatever it is priced for at the moment.

It’s a revolutionary game that allows users to get the most out of their invested time playing games.

As an adaptation of the snake game, Moshnake will easily become a favorite of players as it brings nostalgia and allows the gamers to earn while at it. The game has improved and will take a battle royale arena style where several players can play anonymously and battle for in-game NFT assets.

The game’s objective is for players to move their snakes without crashing into other players, while hunting for MSH tokens and NFT items in the arena. With different game modes, users can try several options like the multiplayer or 1v1 modes that allow players to kill each other and take some of their swallowed tokens.

Moshnake looks like it could really explode on the market when it launches and add a lot of value to its users. It could be a smart investment decision to buy the MSH token in its presale stage and wait till the value builds on the Moshnake blockchain game for potentially some huge profits in the future.

To find out more about Moshnake (MSH), visit the links below: