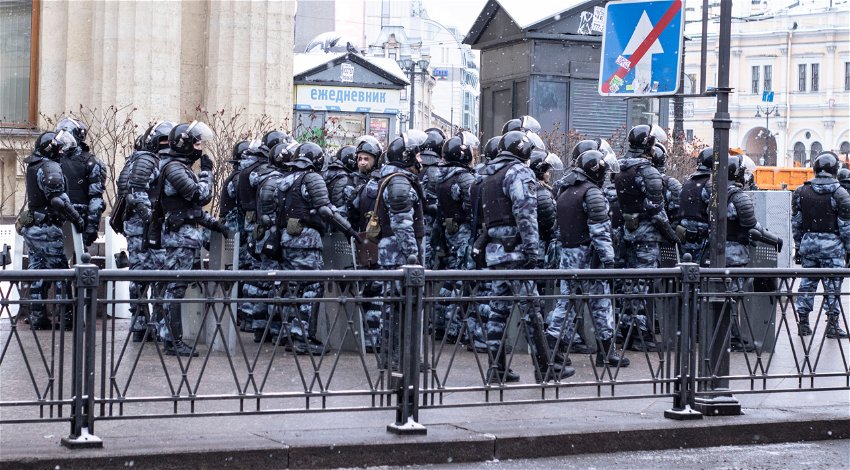 THE British Ministry of Defence has released its latest Defence Intelligence update on the situation in Ukraine and has called the Russian National Guard (Rosgvardia) ‘ill-prepared for intense fighting in Ukraine’ following partial mobilisation.

Following the call of partial mobilisation in Russia from President Putin, British Intelligence has stated that the Rosgvardia are ‘ill-prepared for intense fighting in Ukraine’, as reported on Sunday, September 25.

“On 21 September 2022, high-profile Russian nationalist Duma member Aleksandr Khinstein called for the partial mobilisation of Russia’s military to be extended to the Russian National Guard (Rosgvardia),” the British MoD said.

“Rosgvardia units have played an important role in both combat and rear-area security in Ukraine and are currently facilitating accession referendums in occupied areas.”

It added: “The force is intended for use in domestic security roles, to ensure the continuity of Putin’s regime. It was particularly ill-prepared for the intense fighting it has experienced in Ukraine.

“With a requirement to quell growing domestic dissent in Russia, as well as operational taskings in Ukraine, Rosgvardia is highly likely under particular strain.

“There is a realistic possibility that mobilisation will be used to reinforce Rosgvardia units with additional manpower.”

Since partial mobilisation began in Russia, mass protests against mobilisation have been carried out nationwide, organised by the Russian anti-war movement “Vesna”, which has tested the limits of Rosgvardia units.

In fact, on Wednesday, September 21 alone, the day on which Putin announced the decree, more than 600 arrests were made as anti-mobilisation protests were formed throughout Russia.

And while mobilisation has begun in Russia against the backdrop of the protests, it is believed that Putin went on holiday following his mobilisation order on September 21, despite denials from the Kremlin.

On Saturday, September 24, it is being claimed that Vladimir Putin left Moscow after the decree announcement and headed for a ‘vacation’ in his secret lakeside holiday residence.