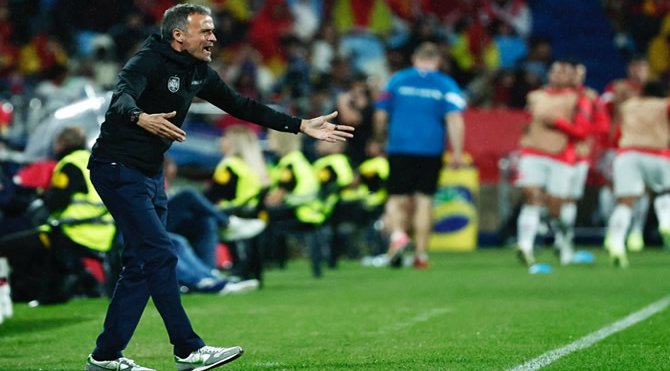 Spain lost at home for the first time in almost four years in their Nation’s League match with Switzerland.

Switzerland dealt a massive blow to Spain’s bid to qualify for next year’s Nations League finals after inflicting a home defeat on Luis Enrique’s side in Zaragoza on Saturday, September 24. This was the men’s national side’s first home loss since 2018 when they lost 3-2 to England in the same competition.

Portugal now top Group A2 after a resounding 4-0 away win against the Czech Republic. Losing to the Swiss now turns the match in Portugal between the two Iberian nations this Tuesday, September 27, into a critical affair for the Spanish. Only one of the teams can progress from the group.

A header from Manuel Akanji put the Swiss in front after 21 minutes. Jordi Alba levelled the scores in the 55th minute, offering the possibility of a comeback. Their hopes were squashed only three minutes later when Eric Garcia, under pressure from Breel Embolo at a corner, turned the ball into his own net to hand the Swiss a famous victory.

Spain had not lost a competitive match in 22 outings across all competitions at the national level until this Saturday. Remarkably, it was only their second home loss since 2003. Luis Enrique now has just a few days to lift the spirits of his players for the Portugal game, where only three points will suffice for the 2021 Nations League runners-up.

Switzerland will face the Czech Republic in the group’s other game, but neither side could overtake Portugal either way.