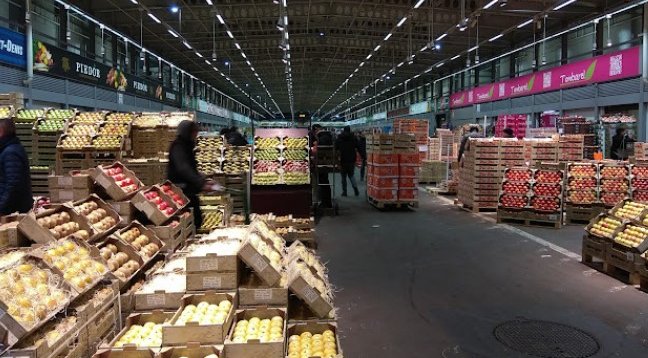 The 7,000m²  fresh produce Rungin market in Paris is the second-largest such outlet in the world and has been destroyed by a huge fire.

The world’s second-largest fresh produce wholesale market in Rungin near Orly airport in the southern suburbs of Paris has been reportedly been totally destroyed today, Sunday, September 25, after a massive fire broke out. Around 30 fire appliances with around 100 firefighters were said to have been deployed to battle the blaze.

Images and videos uploaded on social media showed huge clouds of black smoke billowing up into the sky. Residents from all over Paris were reporting the smoke to be visible many miles away.

⚡️ Rungis is on fire in Paris – the largest wholesale market of fresh products in the world.

According to BFMTV, the fire covered 7,000 square meters. There are no victims and there is no risk of the fire spreading. About a hundred firefighters are working on the spot. pic.twitter.com/htPRsICdmN

According to a spokesperson for the Paris Fire Department, although the 7,000m² market in Val-de-Marne was burning voraciously, there was no danger of the flames spreading to nearby structures. Capt. Marc Le Moine said the fire in a large warehouse was under control. A full investigation will be launched to establish the cause of the blaze he added.

Orly Airport on the outskirts of Paris reported that flights were still operating as normal, despite the thick smoke.

More than 12,000 people work at Rungin market, which sells fresh fruit and vegetables, seafood, meats, dairy products and flowers from all parts of France, as well as from around the world, as reported by khaleejtimes.com.

Huge fire at #Rungis international market in #Paris, #France. It is best known as large wholesale food market serving the Paris metropolitan area and beyond. pic.twitter.com/1Tb0nixkXj

PARIS- — The smoke from the Rungis International Market fire can be seen for several miles away pic.twitter.com/JepDvf87n6