Russian Orthodox Church responds to rumours of priests being mobilised 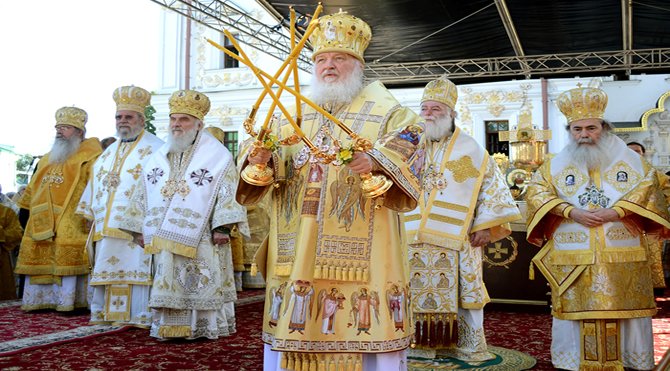 The Russian Orthodox Church insisted that priests can only participate in the military operation in Ukraine in the role of confessors.

Priests can take part in a special operation in  Ukraine only in the role of confessors. This was reported today, Monday, September 26, by the Daily Storm after it interviewed Vakhtang Kipshidze, the deputy head of the Synodal Department for Church Relations with Society. He reacted with surprise to the question of a possible mobilisation of the clergy.

According to Kipshidze, priests do not have the right to take up arms – they can only be ‘doctors of souls’ for soldiers. “I mean, who will he (the clergyman) go to the front with? Priests serve in the army as military chaplains. This is the only opportunity for them to participate in the military operation”, he explained.

Professor of the Moscow Theological Academy, and doctor of theology, Alexei Osipov, explained that the ban on weapons for clergy also applies to weapons during partial mobilisation to be sent to the NWO. “If they call, only as regimental priests, spiritual caregivers, and leaders. But not as the kind of military service when you have to shoot and kill”, he clarified.

At the forefront, Osipov notes, priests can perform educational and psychological tasks, among other things.

On September 21, Russian President Vladimir Putin announced a partial mobilisation in the country, a corresponding decree was signed on the same day. According to the head of state, within the framework of partial mobilisation, only citizens from the reserve will be subject to conscription, primarily those who have previous military experience, as reported by gazeta.ru.