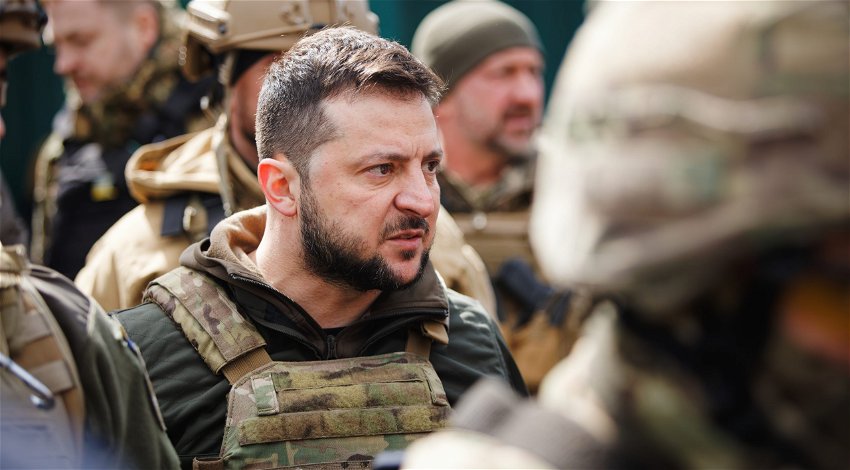 President Volodymyr Zelenskyy of Ukraine held a meeting of the Supreme Commander-in-Chief Staff with the participation of relevant ministers and heads of security agencies involved in the defence of Ukraine’s Homeland, as reported on Monday, September 26.

In the meeting of the Staff of Supreme Commander-in-chief with Ukraine’s President Zelenskyy, they listened to the information on the operational situation on the frontline and made decisions on the actions necessary for the further de-occupation of the entire territory of Ukraine.

Zelenskyy stated that “it is important that the military, who are now actively moving forward, are fully provided with high-precision weapons and everything necessary.”

“In addition, we have outlined plans to counteract new types of weapons used by the enemy.”

“Every day we make every effort to bring victory closer!”

The news comes after reports that President Volodymyr Zelenskyy of Ukraine has signed a decree on the appointment of a new Ambassador to Germany, as reported on Friday, September 23.

President Volodymyr Zelenskyy of Ukraine signed another decree on the creation of 15 military administrations in the Kherson region, as reported on Monday, September 19.

On Monday, September 19, the Public Chambers of the Donetsk and Luhansk People’s Republics urged the heads of the republics, Denis Pushilin and Leonid Pasechnik, to immediately hold a referendum on joining the Russian Federation and those requests were met.

Referendums will be held from September 23 to 27, as announced on Tuesday, September 20.

The public council of the Kherson Region also asked the head of the region, Volodymyr Saldo, to urgently hold an immediate referendum on Russia’s accession. This was also agreed upon and will follow the same dates.

Now thousands of people have gathered in Russia’s capital city of Moscow to hold a pro referendum rally, following the announcements of referendums in the Donetsk and Luhansk People’s Republics, Zaporizhzhia and Kherson, as reported on Friday, September 23.