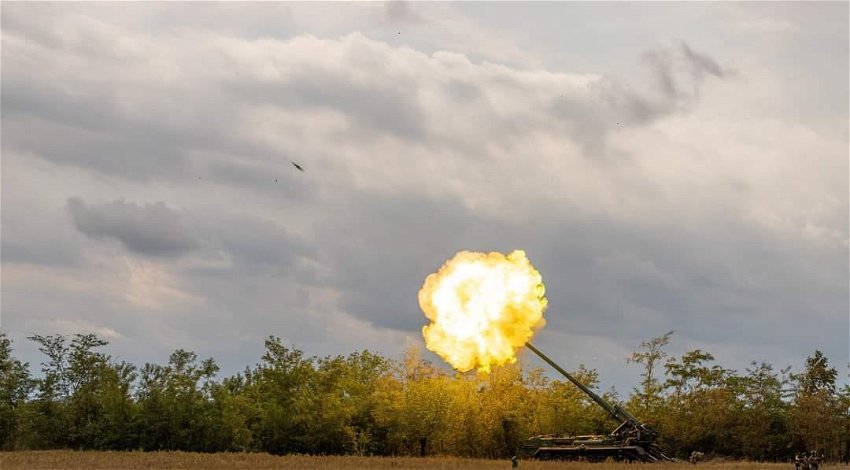 ON Tuesday, September 27, Ukraine’s Ministry of Defence published updated figures of combat losses inflicted on Russian forces since the beginning of the war, including the destruction of more Russian Armoured Personnel Carriers (APCs).

In the updated Russian combat losses, Ukraine’s MoD announced that a further 24 Russian Armoured Personnel Carriers (APCs) had been destroyed by Ukrainian forces on Monday, September 26. This takes the number of Russian APCs lost in Ukraine to 4881.

According to the latest data, another 550 Russian soldiers died in battle, which has brought the total to around 57,750.

The other significant increase in figures is the loss of one Russian plane which takes the number destroyed by the Ukrainian army to 261. Ukraine also confirmed the destruction of three Russian air defence systems, taking the total destroyed to 175.

"Those who would give up essential Liberty, to purchase a little temporary Safety, deserve neither Liberty nor Safety."
Benjamin Franklin

Total combat losses of the enemy from Feb 24 to Sep 27: pic.twitter.com/cmiBsDwzZq

A detailed breakdown of the 216th day of the war shows that the loss of the 16 more Russian forces’ tanks now means Ukraine has destroyed 2306, while the destruction of seven more Russian drones now means that Putin’s army has now lost 977 in total.

One Russian MLRS were also destroyed, taking the total lost by Putin’s army to 331, while 19 Russian vehicles and fuel tanks were also blown up by Ukraine, which means that Russia has now lost 3730 to Ukrainian forces.