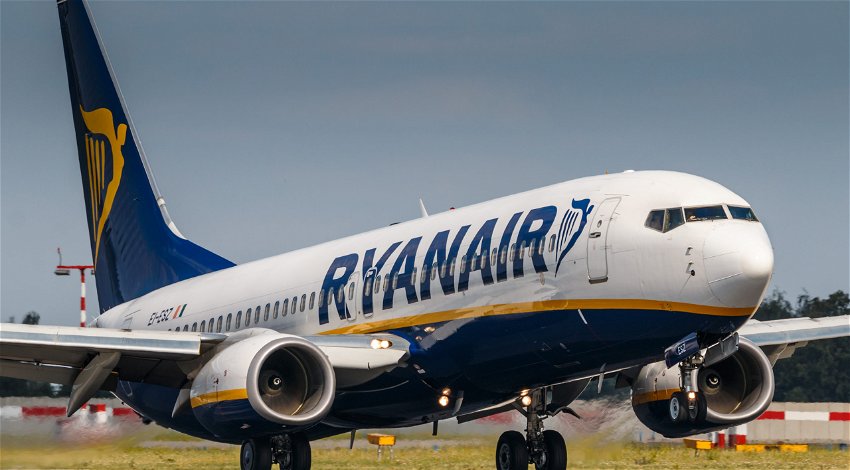 A British male has been arrested after sexually assaulting a female passenger on a flight from Liverpool to Mallorca.

The unnamed 35-year-old appeared in court on Monday, September 26 after he was arrested by Spanish police on the weekend. Ryanair staff contacted police before the plane landed following a complaint by an unnamed lady who said that the man had touched her breasts and asked her to have sex with him in the toilets.

Appearing in court yesterday, the man pleaded guilty and was fined €2,800 (£2,500) according to the Civil Guard.

According to their report today, the individual was held overnight in a prison cell before his court appearance.

A well-placed source told the Daily Mail: ‘The British woman said a stranger she’d never met in her life who sat down on the plane beside her started to bother her with comments about her breasts minutes into the flight and even suggested they go to the toilets together.

“She said he made a number of sexist comments during the flight and shortly before the plane landed, touched her shoulder and then one of her breasts.

“She asked members of the aircrew for help who alerted the Civil Guard through airport control.

“Officers were waiting by the plane when it landed and the woman went up to them and explained briefly what had happened before accompanying police to make a full formal statement.

“The man was arrested at the scene.”

A statement from Ryanair said: ‘The crew of this flight from Liverpool to Palma (September 25) requested police assistance after being made aware of an individual behaving inappropriately towards another passenger.

‘The crew moved the passenger away from this individual for the rest of the flight and police removed him from the aircraft upon landing. This is now a matter for local police.’

The news that a Brit has been arrested after sexually assaulting a female passenger on a Ryanair flight will renew calls for alcohol to be banned on flights and in airports.