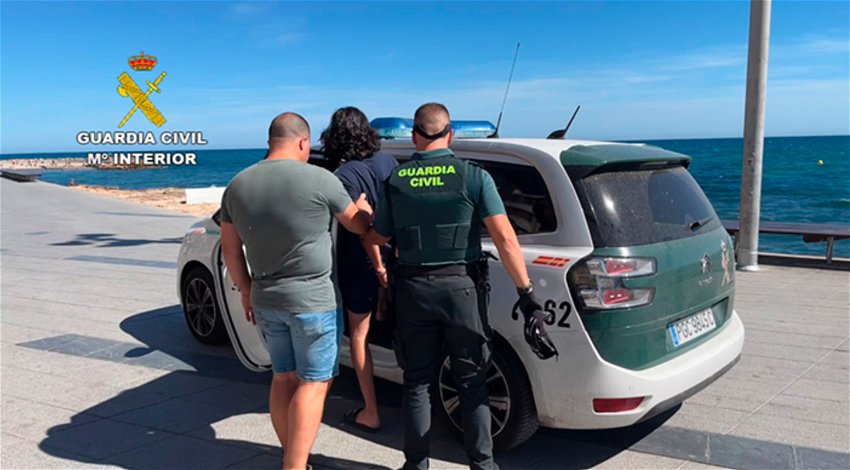 The Guardia Civil has arrested four people for a sexual assault on a young woman in Torrevieja, as reported on Tuesday, September 27.

The Guardia Civil has arrested four people who are accused of a multiple rape of a young woman who was on holiday in the town of Torrevieja with a friend.

The victim came to report the incident as soon as she could after the incident, thus facilitating the immediate action of specialists.

The Women-Minors Team (EMUME) of the Alicante Command began the investigation after receiving a complaint from a victim on September 8, shortly after the events occurred.

A young woman who was on holiday in the town came to ask for help from the officers because she had just been the victim of three sexual assaults.

For this reason, the officers began the investigation to secure all the evidence and prevent the assailants from escaping, as they were not identified when the victim filed the complaint and, as suspected, they were temporarily in Torrevieja.

The rapid action of the Guardia Civil resulted in the location of the accused and the scene of the crime just a few hours after the facts were reported, managing to collect all the evidence necessary for their indictment.

After a reconstruction of what happened, the investigators concluded that the victim had gone out for dinner and a drink in a leisure area of Torrevieja with a friend.

At one point, taking advantage of the fact that she had been left alone, one of the perpetrators struck up a conversation with her and lured her to a flat far from the area where the victim was initially staying with her friend.

Once in the flat, she was sexually assaulted first by him and then by two other men.

When she managed to get away from the aggressors and go out into the street, she was helped by passers-by who helped her to reach the Guardia Civil barracks.

Four men aged between 19 and 30 who were on holiday in Torrevieja have been arrested for these acts.

Thanks to the decision of the victim, a young woman of 18, to report the facts immediately, the work of the agents has been facilitated to identify the perpetrators and collect numerous evidence to prove what happened.

The news follows reports that the Spanish National Police have collaborated with the British authorities to arrest a rapist following a complaint from the victim in London, as reported on Friday, September 16.