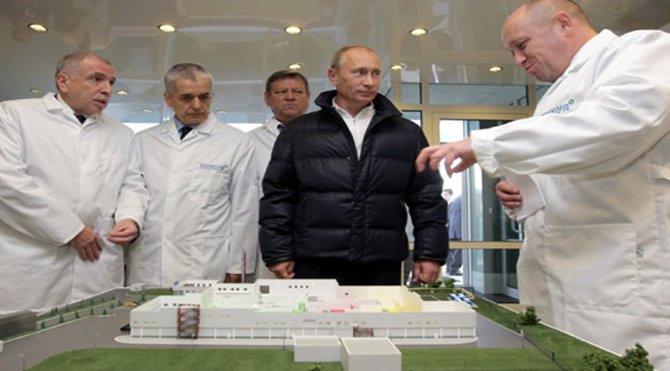 Image of Yevgeny Prigozhin. Credit: Wikipedia - By Government of the Russian Federation, CC BY 3.0, https://commons.wikimedia.org/w/index.php?curid=98211198

Yevgeny Prigozhin, the oligarch known as ‘Putin’s chef’ had admitted to being the man behind the infamous Wagner mercenary group.

On Monday, September 26, Yevgeny Prigozhin, a Russian oligarch known to be a close ally of Russian President Vladimir Putin finally cleared up the mystery surrounding who is behind the notorious Wagner mercenary group.

Posting on the social media profile of the Concord group, a catering company which is half-owned by Prigozhin, he acknowledged that he created the Wagner paramilitary group in 2014 to fight in Donbas, Ukraine, and also admitted his presence in African and Latin American countries.

Although Putin had always strenuously denied all ties to the group, Prigozhin’s admission finally draws a direct link between Wagner and the Kremlin. “It was at that moment, on May 1, 2014, that a group of patriots was born that took the name of the Wagner Battalion Tactical Group”, he detailed in his post.

He added: “And now a confession, these boys, these heroes, defending the Syrian people, other peoples of Arab countries, the dispossessed Africans and Latin Americans, have become a pillar of our country”. He went on to admit that his men had been involved in chilling operations in Syria, Mali, Libya, and other countries.

For many years, the paramilitary group has been suspected of operating in the shadows on various operational fronts and carrying out dirty work for the Russian government.

Several Western powers and Russian media outlets have regularly accused Prigozhin of financing Wagner. The businessman earned himself the nickname of ‘Putin’s chef’ due to the fact that for a long time he was one of the suppliers of the Kremlin’s kitchen, as reported by larazon.es.