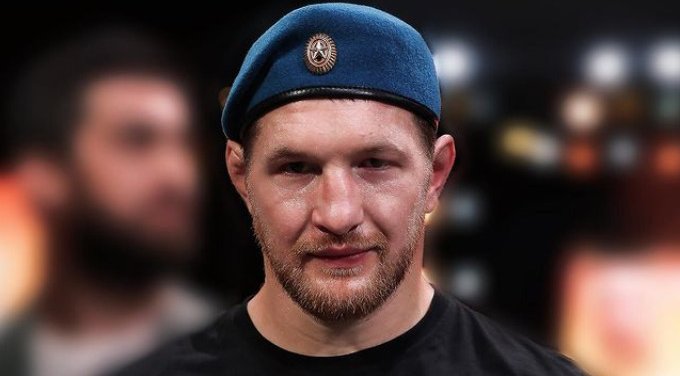 RUSSIAN MMA fighter Vladimir Mineev has revealed he’s not dodging Russia’s military summons despite not being in Moscow at the moment – the place he is assigned.

Russian mixed martial arts (MMA) fighter Vladimir Mineev, who has received a summons to the military registration office, said that he is now not in Moscow but in Mariupol, according to reports on Tuesday, September 27.

He said he had already contacted the military enlistment office and explained the situation, he told Izvestia newspaper.

“I called the Ostankino military registration and enlistment office, to which I am assigned, informing them that I am not in Moscow or Russia and that I need time to arrive,” he said.

“There’s no heat there, we are in touch with the guys. They are waiting for me.”

He said that he will be at the recruiting office by the end of the week and “will be ready to defend his homeland.”

“Everyone must do as his heart dictates,” the fighter also stated.

He repeated that he does not intend to run away from the draft following President Putin’s announcement of partial mobilistation in Russia.

The 32-year-old fighter said that as a trained paratrooper he falls under the first wave of the announced mobilisation.

Mineev also said that his brother was killed at the beginning of Russia’s ‘special operation’ in Ukraine.

The news comes after Russian rapper Timati denied reports that he had fled Russia for Uzbekistan amid partial mobilisation in the country.

Following reports that he had fled to Uzbekistan, 39-year-old Russian rapper Timati wrote on Instagram on Monday, September 26 and said: “I am in Moscow. At home. I wasn’t going to migrate anywhere and I don’t intend to, my place is here.”

He added: “I have not yet received a summons, but that does not mean there won’t be one.

“I have accepted this situation for myself and I am living with it. As long as there is time, I will be engaged and develop all possible projects within the country, raising its GDP.

“There are a lot of current operations, and the demand for a good Russian product will only grow. We will be working.”

“As for mobilization, I get a lot of comments that people dream of seeing me in the trenches, if I am such a patriot, I have to prove it by example,” he said.

He added: “I partly agree with a number of these comments myself, sooner or later everyone who has lived, developed and got here will have to give back to the Motherland.

“Once again: If my accounting specialty is needed, I am ready.”