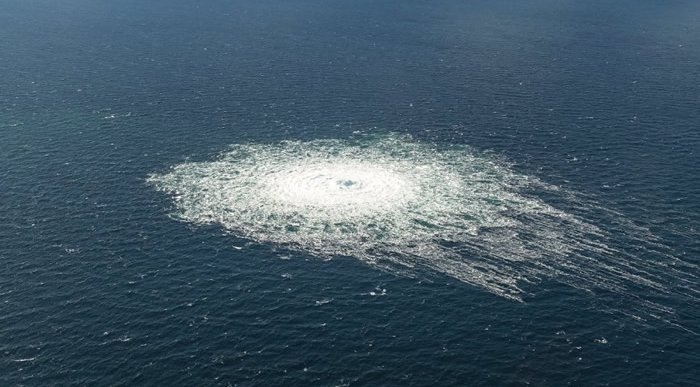 At least one underwater blast was registered prior to the Nord Steam pipelines springing leaks confirmed a Swedish seismologist.

Confusion and doubt still surround the three mysterious leaks that appeared in the Nord Stream 1 and 2 pipelines near Denmark, in the Baltic Sea yesterday, Monday, September 26. According to a seismologist, blasts were recorded by Sweden’s National Seismology Centre prior to the discovery of the leaks.

Speaking with the public Swedish broadcaster SVT, Bjorn Lund, from the SNSN confirmed that underwater shockwaves were registered by the facility’s equipment. Lund confirmed that one blast measured at 2.3 on the Richter scale.

“You can clearly see how the waves bounce from the bottom to the surface. There is no doubt that it was a blast or explosion. We even had a station in Kalix that picked this up”, he said, as reported by metro.co.uk.

While proof is yet to be found, Russia has of course already been accused of a ‘terrorist attack’ by Ukraine, with Mykhaylo Podolyak, the presidential adviser calling this unprecedented event an ‘act of aggression’ towards the EU.

The three leaks in the Russian-owned pipelines were spotted on Monday by an f-16 interceptor response unit from the Danish Defence. Two leaks have been reported northeast of Bornholm in the Nord Stream 1 pipeline, while another is said to have opened up south of Dueodde. There are currently prohibition zones established around both areas.

“The frigate Absalon and the pollution control vessel ship Gunnar Thorson are on their way to carry out water monitoring at the exclusion zones, and the Danish Defence is also supporting with a helicopter capacity. In addition, the patrol ship Rota was in the area last night”, said a statement from the Danish Defence.

According to the German magazine Spiegel, the CIA had allegedly warned Germany several weeks ago about possible attacks on gas pipelines in the Baltic Sea.

Social media is buzzing with theories about the cause, with a very cryptic post today from Radik Sikorski, the Polish MEP, thanking the USA, but without actually specifying what he was thanking them for.