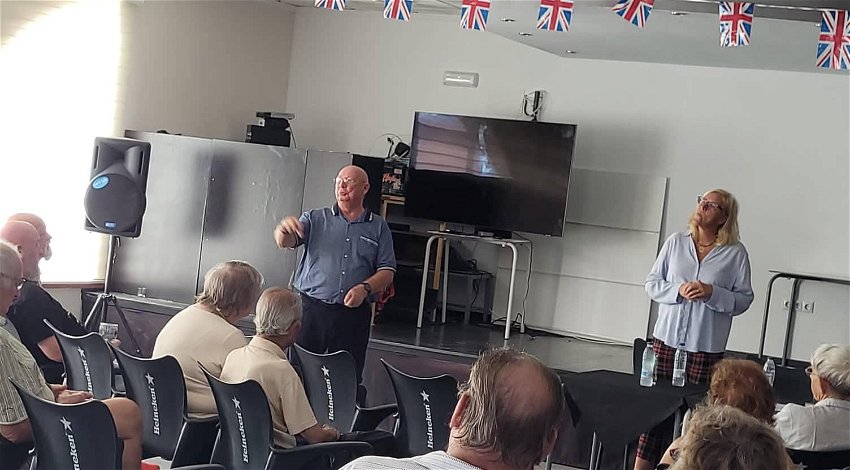 A very informative meeting was held on Monday, September 6, with support from Councillor Gitte Lund Thomsen and Councilor Sandra Sanchez.

After reviewing area crime reports and recent scams, the meeting reviewed some of the improvements made in the area by the council.

It was agreed the new waste contract was better, with improved skip collections and the extra lorry collecting large items daily. It was noted there was an increase in commercial businesses dumping building waste on the road next to the skips, which should only be used for garden waste. Residents have been asked to report any illegal waste dumping on the roads.

Residents were advised of the need to email [email protected] if they have any pest or mosquito problems, stating the problem and the location.

A large amount of the meeting time was spent on discussing the poor state of some roads and the high number of broken paving blocks and weeds on footpaths in the area.

Councillor Sanchez showed the plans for road repairs and discussed the proposals for repairing and improving the roads and footpaths in this area which will commence this year.

Some works will involve removing old overhead telephone cables and the plans are well formulated.

Residents were asked to send a photograph and location of any dangerous footpaths they may have concerns about.

The meeting noted that a budget had been allocated for La Siesta park and works are to be started shortly.

The next meeting is on October 24, when the N332 team will give a presentation on new traffic laws and the highway code.