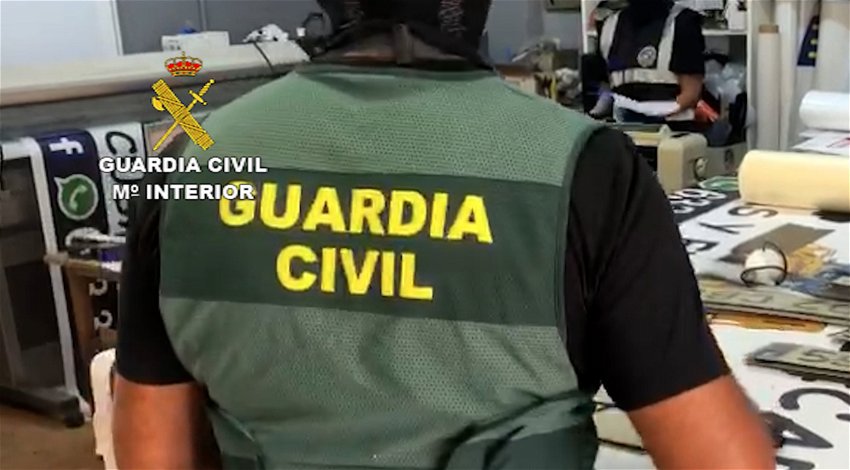 A drug trafficking gang operating off the coast of Huelva has been busted by the Guardia Civil, as reported on Wednesday, September 28.

The drug gang operating off the coast of Huelva was busted by the Guardia Civil and the Tax Agency, as part of Operation Kazuya.

The bust saw ten members of a criminal organisation that smuggled large quantities of hashish via double bottoms on recreational boats arrested.

In total, more than 4,600 kilograms of hashish have been seized, as well as eleven boats and ten vehicles.

The operation began last June when it was discovered that a recreational boat could be used to smuggle hashish from the Moroccan coast.

From that moment on, the boat was tracked, and after entering the sea, it returned to the coast towards Isla Cristina (Huelva).

The operatives observed how the organisation took the boat out of the Isla Cristina marina and loaded it onto a trailer for transport by road.

The agents then intercepted the vehicle and carried out an inspection, in which they found, under the deck, a double bottom with 720 kilos of hashish.

The investigators continued with the operation in view of the possibility that the organisation was using more recreational boats to take advantage of the summer season and to pass unnoticed their illegal activities.

The Guardia Civil and the Tax Agency deployed a joint operation, by land and sea, which led to the seizure of two boats on the Carreras River and a further 1,959 kilos of hashish hidden in sophisticated double bottoms.

Following the last apprehension, the criminal group moved to the Piedras river, between the Huelva towns of Cartaya and Lepe. In this case, the operatives seized three boats, 1,980 kilos of hashish and arrested two of the crew members.

The investigators identified all the members of the organisation and carried out several searches in the towns of Ayamonte, Isla Cristina, Lepe and Villablanca, authorised by the Court of First Instance and Preliminary Investigation No. 4 of Ayamonte (Huelva).

The searches ended with the arrest of seven more people for the alleged crimes of money laundering, membership of a criminal organisation and crimes against health.

Operation Kazuya was carried out by members of Ocon-Sur and the Anti-Drug Organised Crime Team (EDOA), belonging to the Judicial Police Unit of the Guardia Civil of the Huelva Command, together with officials from the Customs Surveillance Unit of the Tax Agency.