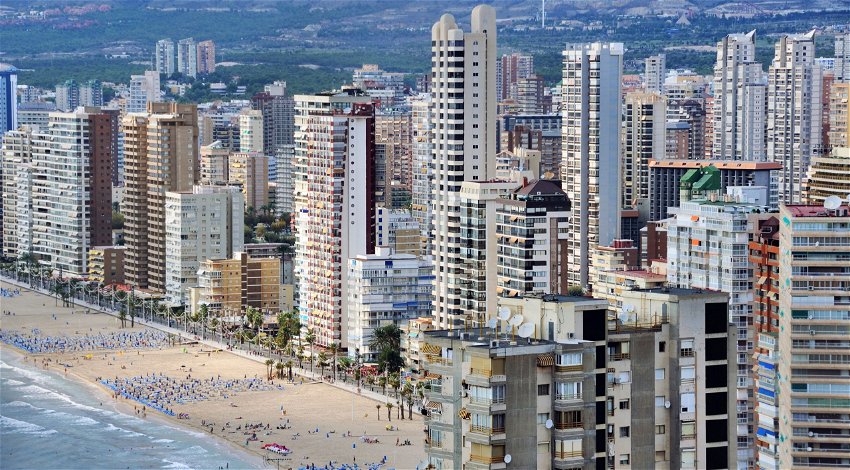 A ‘fit and healthy’ Brit collapsed during a holiday with his wife in Spain’s Benidorm after suffering a sudden pulmonary embolism, according to doctors.

Speaking to Manchester Evening News, Lee’s wife Lisa, who was in Alicante’s Benidorm celebrating her 50th birthday with her husband, said that the couple thought that Lee was suffering from a chest infection before he collapsed poolside at their hotel – the day before they were due to leave.

The couple arrived in Benidorm on Saturday, September 17, however, during a trip to look at the sights in sunny Spain, Lee began to feel a pain in his chest and was left breathless.

Then, as the pair were around the pool at their hotel, Lee suddenly collapsed.

“When Lee collapsed, if we weren’t somewhere where you could get medical help straight away I don’t think he’d be here now,” Lisa said.

“There were no signs, it was just his bit of breathlessness, which we thought he was just getting a bit of a chest infection.”

Lisa added: “His lips turned blue and his eyes rolled to the back of his head, we thought he was having a heart attack at first.

“I was hooked straight up to oxygen. It was a scary time because I was having a lot of chest pains, the consultant told me not to worry and that I wasn’t having a heart attack.

“The nurse from ICU said it’s one of them things that you can’t plan for.”

Scans revealed that the hospital porter had a pulmonary embolism, which is blocked blood vessels in both of his lungs, as reported by Manchester Evening News.

The pair are currently still in Spain and Lee is being treated for two pulmonary embolisms and also has a blood clot in both of his lungs.

He is on oxygen as his normal breathing has not been recovered and is now waiting on doctors to give him the all-clear before he and his wife are able to fly home.

A GoFundMe page has been set up to help the couple cover the costs of medical bills, accommodation and flights back to the UK.

The page reads: “Lee and Lisa are on Holiday in Benidorm and were due to fly home today. Yesterday, Lee began to feel unwell and collapsed at the poolside.

“He was taken by ambulance to Hospital. He is currently in intensive care, and doctors have said he has suffered two pulmonary embolisms, and has a blood clot in both of his lungs.

The news comes after a 58-year-old British woman died after plummeting down a hillside while riding an electric scooter in Spain’s Benidorm on Wednesday, August 24.

Tragically, news coming out of Italy on Wednesday, September 28 revealed that a one-year-old boy had died after suffering a sudden brain aneurysm on an Italian beach.