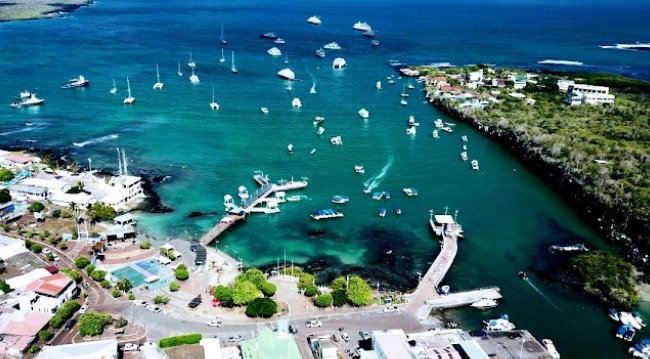 Four young female students from the University of Malaga survived a fatal shipwreck that occurred in the Galapagos Islands in Ecuador.

Four young female students from the University of Malaga have survived a horrendous shipwreck experience in the Galapagos Islands. The incident occurred last Sunday, September 25, as they were making the two and a half hours journey between the islands of Isabela and Santa Cruz.

Ana, Estefania, Marina, and Yaiza, aged between 22 and 26 years, suddenly found themselves on a boat that was starting to flood and sink. They were still around one mile from the coastline, and it was the middle of the night in a rough sea.

The girls had no alternative but to jump into the freezing cold Pacific Ocean as the vessel was going under. Luckily, another boat was in the vicinity and they managed to swim to safety. It also helped locate and save other passengers from the sea.

Their terrifying experience was related by Enrique Viguera, a UMA professor who coordinates one of the projects in which the young women participate. The four girls are postgraduate students and had been in the Galapagos since August as part of an international cooperation scholarship linked to two projects.

One was to identify by molecular techniques the invasive species that pose a risk for food, native flora and fauna. The second project was oriented toward the conservation of the vegetation of the islands.

Despite the tragic experience they endured, the young women intend to stay there and finish their volunteering in October, as planned explained Viguera. Their boat, Angy, was taking them back to their accommodation on Santa Cruz. They had apparently departed Isabela island 90 minutes late due to the boat suffering engine failure.

Midway between the islands Angy ran out of fuel and drifted off the coast of Tortuga Bay. Another boat supplied them with fuel and they set sail again, but, approximately half an hour later, the engine again had problems.

This was when the girls realised Angy was sinking and they jumped into the sea. In the dark, the young women swam towards the boat that had brought them the fuel, which had turned around when it realised the other vessel was in trouble.

Two Ecuadorian tourists, a Colombian, and an American-Israeli, tragically lost their lives in the incident. As reported by the Ecuadorian Ministry of Foreign Affairs, another two passengers are still missing. A total of 18 passengers were on board Angy at the time of sailing.

These included nationals and foreigners, as well as residents of the Galapagos Islands, along with two crew members. Among the foreign tourists were Spaniards, Americans, Israelis, Swiss, and Germans, as reported by niusdiario.es.