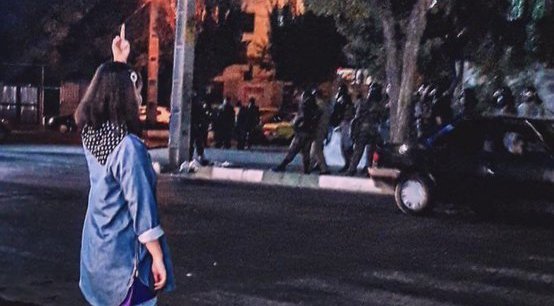 23:37(September 28). Iranian President Ebrahim Raisi delivered a speech this evening during the ceremony of the National Army Day parade in Tehran, wherein he said everyone was saddened by the death of Mahsa Aminii.

But in doing so he said that the chaos of the demonstrations that have ravaged the country for the last two weeks would not be tolerated.

Making reference to the heavy-handed approach of the security forces in dealing with the demonstrations, he defended their actions as he did the strike on Kurdish rebels that has killed and wounded an unconfirmed number of people.

What he didn’t say, was what protestors wanted to hear. They wanted to know change is coming and the speech with give them little comfort that anything in the country will change as a result of the young girl’s death. That, some believe will only help to strengthen the resolve of demonstrators calling for changee.

16:40 (September 28). Iranian demonstrations have entered their 3rd week sparked by the death of 22-year-old Mahsa Aminii after being taken into custody.

State media is reporting on Wednesday, September 28 that the country’s hard-line leader President Ebrahim Raisi will speak to the nation tonight. He will according to ISNA News Agency, speak about the domestic and foreign issues facing the country.

Demonstrations have spread to more than 80 towns and cities with people calling for an end to Islamic rule.

The government has responded by sending in troops and the elite Revolutionary Guards to try and bring the protests to an end, with batons, tear gas and even live bullets being used.

State media confirmed that 41 people have died, however, human rights observers say that the figure is at least double that amount.

Video posted online suggests that the heavy-handed response has done little more than increase the protestor’s resolve, with chants of “We will fight, we will die, we will take Iran back,” being heard.

“Death to (Supreme Leader Ayatollah Ali) Khamenei” can also be heard in other video posted online, as can chants of “Mullahs get lost!”, “Death to the dictator!” and “Death to the leader because of all these years of crime!”

Given the situation is Iran it is difficult to verify the authenticity of the videos, but they are not isolated which suggests that they may well be real.

As Iranian demonstrations enter 3rd week, the country’s leader has finally decided to address the nation. Whether he will be able to placate demonstrators remains to be seen, with some social media posts suggesting that this may be far more difficult than at first glance.