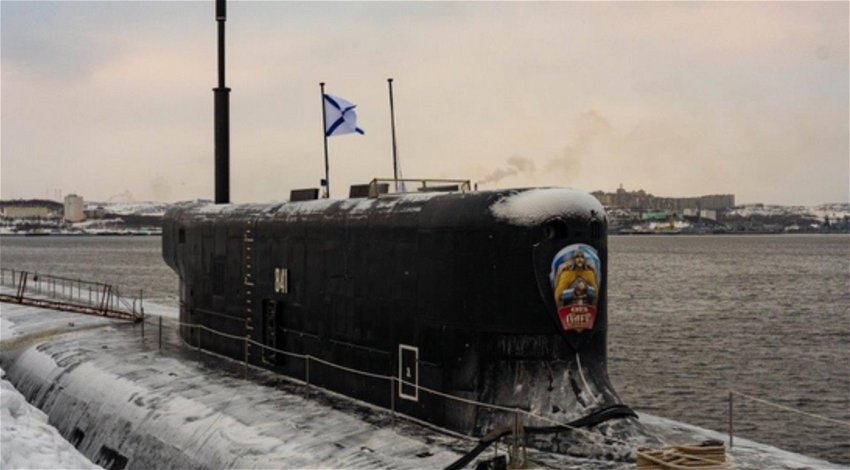 Nuclear-powered submarine cruisers “Prince Oleg” and “Novosibirsk” have arrived at their permanent bases in Kamchatka Territory, as reported by the Russian Defence Ministry on Wednesday, September 28.

The Russian Defence ministry shared the news on the nuclear-powered submarine cruisers in a statement that read:

“The nuclear-powered icebreakers covered a significant part of the almost 5,500-mile route under the ice of the Arctic.”

“During the Umka-2022 complex Arctic expedition, the nuclear-powered submarine Novosibirsk launched an anti-ship Onyx cruise missile from the Chukchi Sea, while in a surface position, at a sea target.”

“In Vilyuchinsk, the nuclear-powered cruisers were met by the commander of the Pacific Fleet’s submarine forces, Vice-Admiral Vladimir Dmitriev.”

“He received a report from the commanders of the nuclear submarines on the completion of the Arctic inter-fleet crossing and congratulated the submariners on their arrival at their permanent base.”

“Prince Oleg” is the first serial nuclear-powered strategic missile submarine cruiser of the modernised Project 955A (code name Borey-A). It was laid down on 27 July 2014 and launched on 16 July 2020.”

“As part of state trials, the ship successfully fired a Bulava ballistic missile from the White Sea at the Kura test range in Kamchatka on 21 October 2021.”

“It differs from the first Borey project submarines in its lower noise level, more advanced manoeuvring and depth-holding systems as well as weapons control systems.”

The news follows reports that Russian destroyer Marshal Shaposhnikov has practiced the destruction of submarines and carried out artillery firing as part of the Vostok-2022 strategic exercise, as reported on Monday, September 5.