The exodus of Ukrainians has begun as the flee Russian annexation 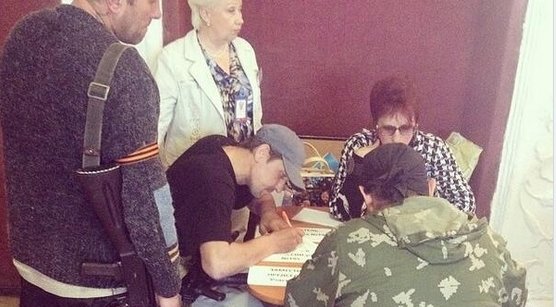 The latest exodus of Ukrainians has begun as residents begin to flee the Donbas fearing Russian annexation.

The exodus began shortly after Russian announced the result of the sham referendums on Wednesday, September 28 according to a report by the news agency Reuters.

Ukrainians fleeing the annexation said that its laughable, no one voted yet Russia has announced the results, a pretext for the annexation of an area the size of Portugal.

Hundreds of Ukrainians are said to be fleeing through Russian checkpoints leaving everything behind as they seek safety away from the invading forces.

One thing is clear, the people fleeing are and want to be Ukrainian.

According to reports the few that did vote were forced to do so by the military, with video in social media showing the majority of those who did vote to be military personnel and not citizens.

Checkpoints remain open but no one knows for how long, with the biggest fear being that men will be press-ganged to fight for Russia.

Russian soldiers are said to be asking why people are “fleeing Russia” forcing people into providing false reasons, that or they could face being turned back.

In preparation for the annexation, Russia has been forcing changes in the area, such as school curriculums which are no longer taught in the local language.

Russia has claimed turnout has been high, voluntary and overwhelmingly in favour of annexation. This has been disputed by locals, observers, Kyiv and Western countries who have called the exercise a sham aimed at justifying annexation.

Now that the exodus of Ukrainians has begun, the question everyone will ask is what will and can be done about a move that the United Nations has said is illegal.