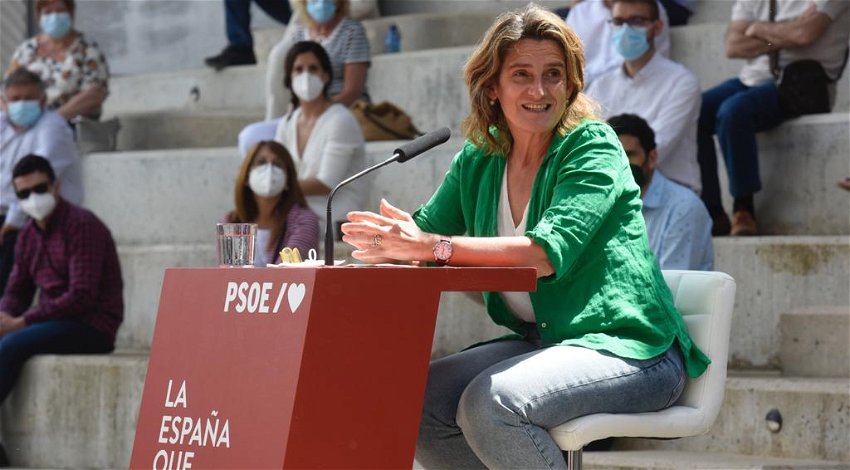 SPAIN’S energy minister Teresa Ribera has reportedly blamed the gas leaks detected in Baltic waters from the Nord Stream 1 and 2 pipelines on Russia.

“It seems obvious to me at this point that it is impossible for three such ruptures to occur in two underwater gas pipelines if there is no sabotage operation behind them,” she said.

It was revealed late on Wednesday, September 28 that there are actually four leaks in the Nord Stream pipelines under the Baltic Sea

“It is a clear sign of how Putin is playing at permanent provocation,” she added noting that some of the Kremlin’s “clearly provocative” decisions have consisted of “playing with the threat of nuclear power plants or burning the gas at the entry point of the pipelines from Russia”.

“This confirms the message of ‘I know how to play the game with respect to energy supplies’,” Ribera added.

Europe should take this “as a serious threat” and should “continue to be intelligent and respond in a united, solidary and effective way” to succeed in isolating Putin.

While Ribera has blamed Russia, others have blamed the US.

Russian Foreign Ministry spokeswoman Maria Zakharova said on Wednesday, September 28 that Russia planned to convene an official meeting of the UN Security Council in connection with the situation with the Nord Stream 1 and Nord Stream 2 gas pipelines.

The diplomat also demanded a response from US President Joe Biden, after US involvement was brought into question as regards to the ‘bombings’ on the routes of the Nord Streams.

Poland, Denmark and Sweden admitted the possibility of “sabotage” at the pipelines, while the German government said the Nord Stream incident could not have been caused by natural causes.

Nord Stream’s operator had previously not ruled out the possibility of repairing the damaged pipeline strings.

On Monday, September 26, mysterious leaks appeared in the Nord Stream 1 and 2 pipelines under the Baltic Sea. Ukraine of course accused Russia of sabotaging its own pipelines. A Swedish seismologist confirmed that at least one underwater blast had been registered prior to the leaks being detected.

Following news of the incident, Radek Sikorski, a Polish MEP, made a cryptic post on Twitter accompanied by an image of the Baltic Sea bubbling due to the escaping gas. He captioned his post simply: “Thank you, USA”, but failed to clarify what he was actually thanking them for.