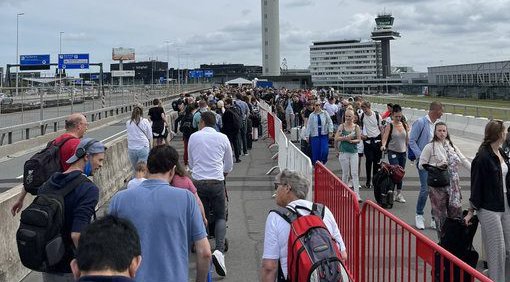 One of Europe’s busiest airports and an international hub is to cap passenger numbers after discussions with airlines.

The announcement on September 30 brings Schiphol airport into line with the decision made by Heathrow earlier this year to cap passenger numbers in the short term.

A press release issued by the airport said that a cap was likely to remain in place until early in the new year after consultation with airlines, adding that they were not happy with the move.

The airport is hoping to be able to remove the cap sooner and has said it will continue to monitor the situation as it works with the security providers and the unions to improve the situation, in what it calls a tight labour market.

“Schiphol has made this choice to provide travellers a reliable travel experience, and predictability and stability for airlines.

“At the same time, the airport is hard at work to improve capacity at security.”

Hanne Buis, COO at Royal Schiphol Group said: “It’s something to be realistic about.

“That’s why it will only become clear later this year whether more is possible after January.”

No indication was given of the actual cap, with the announcement simply saying that it was working with the airlines to agree on individual limits.

The cap is a blow for the Netherlands, with Schiphol being a major hub as well as being the third busiest airport in the world. A major transit point, it is also one of the busiest airports for cargo.

Europe’s busiest airport cap on passengers will not go down well with airlines, effectively providing an opportunity for other airports to “steal” its business.