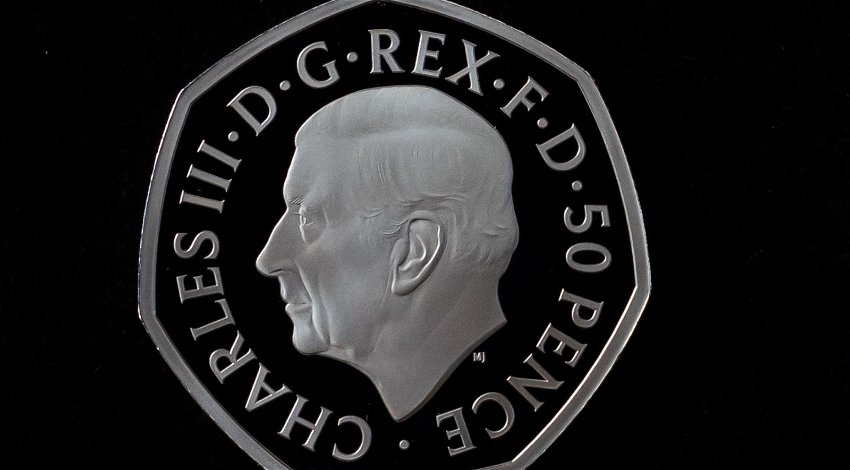 The first of the new King Charles III coins have been revealed by the Royal Mint, which will start to enter circulation from December this year.

Announced on September 30, the Royal MInit said that the first to bear the new King’s likeliness will be a new 50p coin. In keeping with tradition, the image will show the King looking to the left and in the opposite direction to those bearing an image of Queen Elizabeth II.

The reverse of the coin features a design that originally appeared on the 1953 Coronation Crown and includes the four quarters of the Royal Arms depicted within a shield. It depicts the four nations with a rose, a thistle, a shamrock and a leek.

A commemorative £5 coin is also to be released which features two new portraits of the late Queen on the reverse side, a younger and an older picture.

According to Nicola Howell, Chief Commercial Officer at the Royal Mint, King Charles worked closely with the sculptor Martin Jennings to design the new coins. He is also said to have personally approved the designs and the effigy.

“I think if you look back on some of the portraits of Elizabeth – particularly her first portrait by Mary Gillick – it was much more idealised.

“This one is much more of the man himself, of the individual, you see the lines in his face, the years of experience, and that humanity coming across.”

The design of the emblem on the new coin was created by artist John Bergdahl and will form part of a wider memorial coin collection.

Ms Howell said: “We expect customers will start to be able to receive the commemorative range from October and then we expect the 50p memorial circulating coin to be appearing in people’s change probably from December.”

The New King Charles III coins are likely to be popular as will the new £5 coin which is expected to be snapped up by collectors.