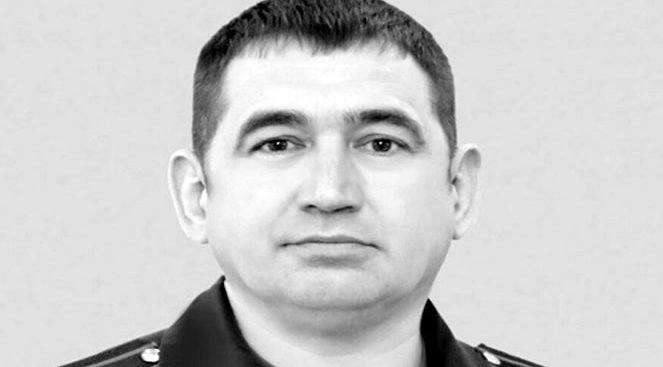 A missile strike by the Ukrainian military has eliminated another of Vladimir Putin’s top officials in the Kherson region, Oleksiy Katerinichev.

As reported today, Friday, September 30, by Alexander Malkevich, the First Deputy Chairman of the Media Commission of the Civic Chamber of Russia, a shelling attack by the Ukrainian military resulted in the death of Oleksiy Katerinichev. He was the first deputy head of security for the administration of the Kherson region.

Malkevich announced on his Telegram channel: “Tonight, as a result of a terrorist strike by a guided missile of the Armed Forces of Ukraine in the centre of Kherson, Alexei Katerinichev, the first deputy head of the Kherson regional military administration for security, was killed. Combat officer. Cavalier of three (!) Orders of Courage”.

He added: “And further. I repeat. They targeted him specifically in the room where he was living. An absolute repetition of the terrorist attack by the Ukrainian authorities against Aleksey Zhuravko”.

Information about the death of Katerinichev was confirmed by the regional administration. The Ministry of Emergency Situations of Russia expressed its condolences to the relatives and friends of the Deputy Head of Administration.

“Katerinichev was a responsible and competent leader, a valiant officer, a sensitive and attentive person, a reliable comrade”, they wrote. “In the Kherson region, Katerinichev worked to protect civilians, defending the state interests of Russia”, the department added.

Katerinichev had worked in his new position for only a month and a half, after being appointed to this post in August. Prior to that, he was the first deputy head of the Leader Centre for Rescue Operations of Special Risk.

Born in  Rybinsk, Yaroslavl Oblast, after school, he entered the Border Academy of the FSB. For the next 25 years, he served in the border troops and in the units of the FSB, as reported by gazeta.ru.