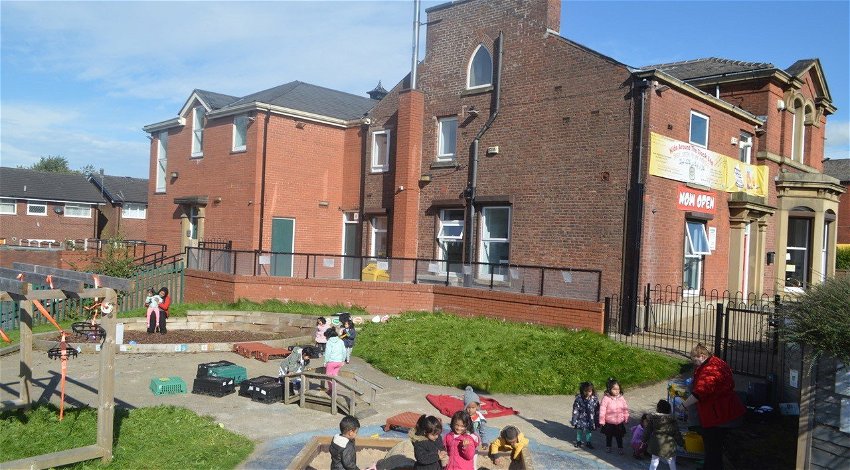 A seven-month-old baby has been left fighting for her life after she was assaulted by a woman said to be in her 30s in an Oldham nursery.

Greater Manchester Police confirmed the arrest of the woman on Friday, September 30 after they were called to the Kids Around The Clock nursery following an incident.

The unnamed woman was arrested on suspicion of assault and child cruelty after the baby became seriously ill and had to be taken directly to the hospital by paramedics from the North West Ambulance Service.

The child is said to be in a stable but serious condition.

A police spokesperson told LBC that: “We are conducting an investigation with support from partners at Oldham Council and Ofsted relating to a suspected incident at a nursery on Main Road in Oldham after a child became critically ill.

“A woman in her 30s has been arrested on suspicion of section 18 assault and child cruelty. She has since been interviewed before being released on bail with strict conditions.”

The nursery’s licence has been suspended by OFSTED pending the outcome of the police investigation.

Although full details of the event have yet to be made public, the police spokesperson added: “We were initially called by colleagues at NWAS at 3.45 pm on 21 September to a report that a seven-month-old girl was critically ill and being taken from the nursery to hospital – where she remains in a serious but thankfully stable condition.

“The child’s parents are being kept updated and are being supported by our investigation team at this distressing time.

“Extensive enquiries continue to be conducted to establish the circumstances of how the child’s condition deteriorated.”

The situation that led to the seven-month-old baby fighting for her life remains unclear, as are the reasons for the charges levelled against the unnamed woman.