“They have given us orders to kill everyone” claim Russian forces 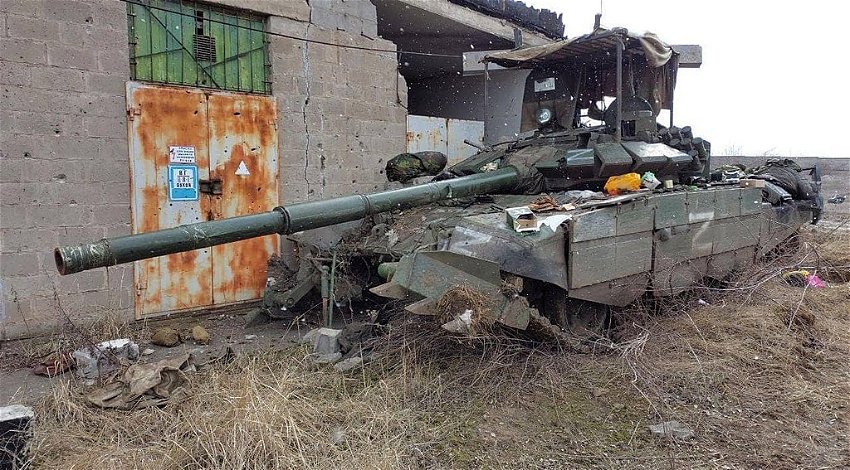 “They have given us orders to kill everyone” is just one of many Russian messages that have been intercepted by Ukrainian forces listening in to calls from soldiers phoning home.

A report by the New York Times and covered by La Vanguardia on Friday, September 30 said that many of the Russian soldiers on the frontline were dismissive of Putin as they were disparaged by the situation in which they find themselves.

The calls paint a picture of forces that have been told to destroy Ukraine as it does soldiers that are tired, who are scared of dying and who believe that Putin’s goal is not achievable.

Interestingly many of the soldiers speak of being deceived saying they did know they were going to war until it was too late, as they do of unhappiness with their orders.

Examples provided in the report include quotes saying: “Putin is a fool, he wants us to take Kyiv, but there is no way we can do it” and “Our offensive has stalled, we are losing this war.”

Others talk of extensive losses saying: “We have lost half our regiment” with the same individual quoted as saying: “They have given us orders to kill everyone we see.”

“There are dead bodies everywhere. Civilians are lying around. He is screwed.”

Another tells a friend: “Everything was looted, he drank all the alcohol and all the money disappeared.”

‘The New York Times revealed that it had access to recordings of thousands of these conversations and that it had been able to verify their authenticity.

According to the newspaper: “The soldiers describe, between the mundane and the brutal, the moral crisis and the lack of equipment, in which it is a window to what has happened in recent weeks when there has been a withdrawal in several Ukrainian territories due to the inability to contain the counter-offensive.

The newspaper goes on to say that there is a distinct lack of morale and many complaints of sub-standard weapons and a lack of basic items needed on the front. Many of the calls talk of how they have stolen from the bodies of dead Ukrainians.

Many of the callers even openly state the weapons they have been given are not modern ones like you see on TV, but outdated and outgunned ones.

They also talk of massive losses, which have been denied by the Kremlin, with some talking of up to 60 per cent of the regiment being killed or badly wounded.

There is also evidence of war crimes in the calls with one soldier confessing to his girlfriend that the captain ordered the execution of three men who were talking when they passed by. He said he was now a murderer, telling her that: “We stopped them, we undressed them, we checked their clothes.

“If we let them go, they could alert us to our location, so it was decided to take them to the forest and shoot them.”

The woman asks if they were shot. “Of course,” he replies. And she asks why they were not made prisoners. “We would have to feed them and we didn’t have enough food for ourselves.”

There are also many reports of looting, of despair, death and the occupation of Ukrainian homes.

The intercepted calls are providing very useful evidence in building a case against Putin and Russia for war crimes, especially statements like: “They have given us orders to kill everyone.” Sadly the nature of the calls I evidence of the atrocities and the suffering in Ukraine over a war that was avoidable.