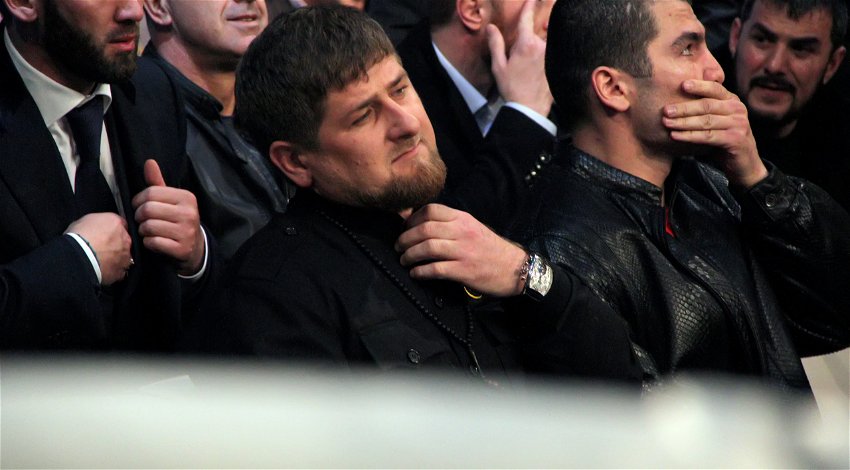 Ramzan Kadyrov blamed Colonel General Oleksandr Lapin, who commanded the defence of this section of the front, for the loss of Lyman.

“I have always said: there is nothing better than the truth, however bitter and hurtful, but the truth,” he said.

“It is the only way to move forward. That is why I cannot keep quiet about what happened in Krasny Lyman.”

He added: “The commander of the Central Military District Colonel-General Alexander Lapin was in charge of the defence of this sector. The same Lapin who received the star of Hero of Russia for the capture of Lysychansk, although de facto he was nowhere near there.

“Lapin was also subordinated to the troops of the Western Military District.

“The Colonel-General had deployed mobilized fighters from the LNR and other units at all the Lyman direction but had not provided them with the necessary communication, interaction and ammunition supply.

“A fortnight ago Major-General Akhmat, my dear brother Apty Alaudinov, informed me personally that our fighters might become easy targets. I, in turn, informed Valery Gerasimov, head of the General Staff of the Russian Armed Forces, of the danger.

“But the general assured me that he did not doubt Lapin’s military talent and did not consider a retreat in Krasnoe Lyman and its vicinity possible.”

Kadyrov, who praised Vladimir Putin and the Russian Federation for acquiring four new territories, continued: “A week later, Lapin moves his headquarters to Starobelsk, a hundred kilometres away from his subordinates, while he himself takes refuge in Luhansk.

“How is it possible to manage units promptly when they are 150 kilometres away? Due to a lack of basic military logistics, today we have abandoned several settlements and a large area of territory.”

He added: “It is not that Lapin is mediocre that is a shame. But that he is being covered up by his superiors in the General Staff. If I had my way I would have demoted Lapin to private, would have deprived him of his awards and would have sent him to the front line to wash off his shame with the rifle in his hands.

“Army nepotism will not do any good. The army must appoint commanders who are men of strong character, brave and principled, who care about their men, who fight for their soldiers, who know that their subordinates must not be left without help and support. There is no place in the army for nepotism, especially in difficult times.

“Didn’t we have enough Raisins? Back then I said: fire at the enemy’s military accumulation in Izyum, captured by the fascists, especially as our artillery had such an opportunity at that time. At once we would finish off the main Satanists and fascists. We have to carry out the EOD in the full sense of the word, not to flirt with it. Use every opportunity and every weapon to defend OUR territory. Donetsk is still being shelled.

“The inhabitants of the annexed 4 territories want to be protected.”

“I do not know what the Defense Ministry reports to the Supreme Commander-in-Chief, but in my personal opinion, we need to take more drastic measures, up to declaring martial law in the border territories and using low-yield nuclear weapons,” he said.

“There is no need to take every decision looking back at the Western-American community – they have already said and done a lot against us.”

“Yesterday a parade in Izyum, today a flag in Lyman,” he concluded.