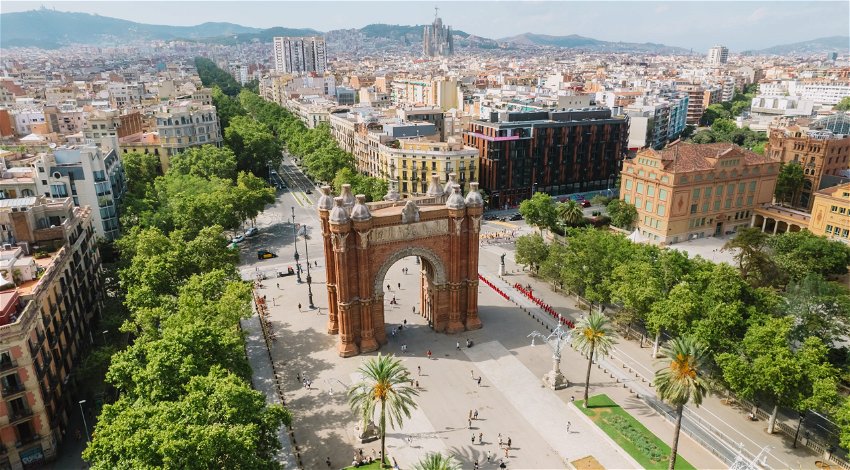 Despite the Spanish Prime Minister Pedro Sanchez’s recent efforts to encourage talks between Spain and Catalonia with regards to the ongoing independence debate, attendees of a peaceful protest held in Barcelona yesterday booed the representatives of the Catalonian government main party.

Amongst those booed by the otherwise peaceful crowd were Junts’s speakers MEP Clara Ponsati and Esquerra’s general secretary Marta Rovira. However former parliament speaker Carme Forcadell’s speech was received with both boos and cheers.

The protest was held in Barcelona’s Arc de Triomf yesterday at 5pm and was attended by around 11,000, as reported by catalannews.com. It was estimated by the Council for the Republic, partly responsible for organising the rally, that there were an estimated 60,000 attendees overall.

The rally was also attended by all mainstream pro-independence parties and entities, including Esquerra, the Republican Left of Catalonia and Catalonian political party Junts, established by the former Catalan president Carles Puigdemont. Despite both being separatist groups, the two government parties who have thus far been unable to agree on the best way to move forward in the process of splitting from Spain.

Whilst Esquerra wants to prioritise discussions with Spain in order to convince Madrid to agree on a referendum similar to that between Scotland the United Kingdom in 2010, Junts wants to continue to exercise “the mandate of the 2017 referendum”, despite the potential ongoing conflict this will produce with Spain.

As an alternative the president of major grassroots civic entity ANC, Dolors Feliu, has announced her intention to organise a “large national conference” by early next year in order to potentially establish a new political party to run in the next Catalan election.