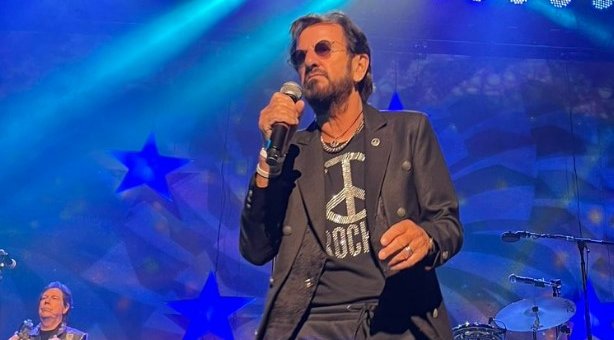 Ringo Starr MBE, the 82-year-old Beatles legend, cancelled a scheduled concert at the Four Winds Casino in New Buffalo, Michigan, last night, Saturday, October 1. He was due to perform with his All-Star band but the gig was pulled just a couple of hours beforehand with the drummer reported to have been taken ill.

Although a spokesperson for Ringo insisted that his mystery illness is not Covid-related, they refrained from elaborating on what was wrong with the artist, except that it had affected his voice, as reported by mirror.co.uk.

There was no confirmation as to whether the planned concert in Prior Lake, Minnesota, would go ahead this evening, Sunday 2. The celebrity news outlet TMZ reported a ticket holder contacting the management of the Four Winds Casino to enquire why the show had been cancelled. They were apparently informed only that Ringo had been taken ill and offered no further explanation.

On September 30, Ringo posted on his Twitter profile thanking the fans who had attended his concert in Toronto, Canada. Just a few days earlier, he had also posted a photo from a gig in Montreal, on September 27.

Gregg and Ringo on the tarmac heading for the next gig thank you thank you Toronto I send you peace and love. ✌️🌟❤️🎶🍒🎵✈️🌈☮️ pic.twitter.com/O0fMueUcgo

The Liverpudlian performer is one of only two remaining members of the Fab Four, along with Sir Paul McCartney. After the Beatles split he became a solo star in his own right, recording numerous hit songs and also becoming a credible film star. Since 1989, Ringo has toured with 13 different variations of Ringo Starr & His All-Starr Band.

In 1999, Ringo was inducted into the Modern Drummer Hall of Fame, and has twice been inducted into the Rock and Roll Hall of Fame. His first time in 1988 was as a member of the Beatles, and then again in 2015 as a solo artist. He was awarded an MBE for services to music in 2018 and in 2020, with an estimated nett worth of $350 million, Ringo was cited as the world’s wealthiest drummer.