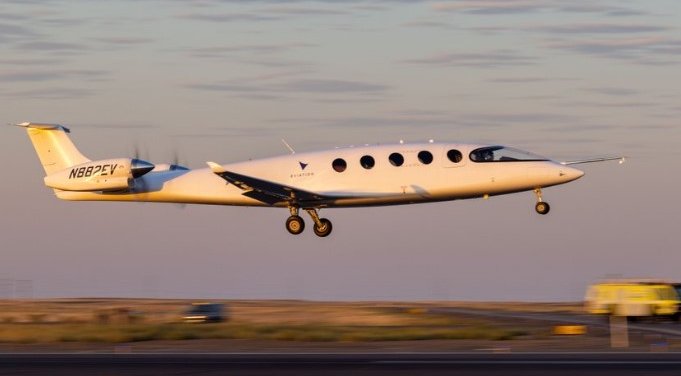 The Washington-based company company Eviation has successfully carried out the first test flight of Alice, its all-electric aircraft.

Alice, an all-electric plane developed by the Israeli company Eviation Aero, successfully completed its first test flight on Tuesday, September 27. Flown by test pilot Steve Crane, Alice rose to an altitude of 1 km, spent about 8 minutes in the air and landed safely, as reported by Eviation Aero.

Eviation’s Alice was introduced as a prototype in 2017. It is considered the first passenger aircraft originally developed as an electric aircraft for commercial use. Over the years, the startup has attracted a lot of attention and has even been compared to Tesla.

Up to 9 passengers can be accommodated, and the plane is suitable for short-haul regional flights. Last year, Eviation introduced a production version of its aircraft. Unfortunately, the claimed range has been reduced from 965 km to 708 km, but the rest of the specifications, including the form factor, have remained the same. At the same time, Eviation plans to improve battery technology to increase the flight range.

In addition to passenger transportation, Alice can also be used for transporting cargo. The length of the plane is 12m, the wingspan is 16m, the weight is 1.1 tons, and the maximum speed is 460 km/h. It is equipped with two engines of 850 hp each, as well as a battery with a capacity of 900 kWh.

The first flight of this electric aircraft was carried out in Washington, USA, because it is easier to get a license from the US Civil Aviation Administration there. Assembly and production of the first serial models will also be carried out in the USA.

At the moment, the company has received orders for 127 aircraft. Among the buyers is the DHL company which is a leader in the international market for express delivery of goods. The first deliveries of aircraft are expected in 2026.

Today, our all-electric Alice aircraft electrified the skies and embarked on an unforgettable world’s first flight. See Alice make history in the video clip below. We’re honored to celebrate this groundbreaking leap towards a more #sustainable future.#electricaviation pic.twitter.com/Q9dFoTPyiB