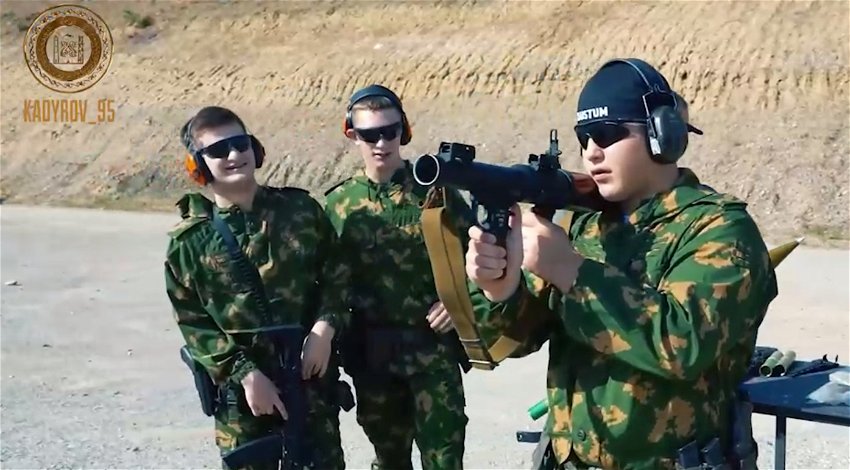 CHECHEN leader Ramzan Kadyrov stated that his three underage sons would soon go to Ukraine and fight on the front lines.

Taking to Telegram on Monday, October 3, Kadyrov shared a video of his underage sons and said they ‘will go to fight on the front lines in Ukraine.’

“Minor age should not interfere with the training of the defenders of our Motherland,” he said.

“The grandchildren of the First President of the Chechen Republic, Hero of Russia Akhmat-Khadzhi Kadyrov – Akhmat, Eli and Adam are 16, 15 and 14 years old respectively.

“But their military training began a long time ago, almost from an early age. It’s not enough just to know how to shoot. On the basis of the RUS, they are taught how to handle various weapons, how to use them at any distance, and the theoretical foundations.

“I always believed that the main goal of any father is to instil piety in his sons and teach them to protect the family, the people, the Fatherland. If you want peace, prepare for war!”

He added: “Akhmat, Eli and Adam are ready to use their skills in the NWO zone. And I’m not kidding. It’s time to show themselves in a real fight, and this is their desire, I only welcome. Soon they will go to the front line and will be on the most difficult sections of the line of contact.

“I appeal to the idle talkers who claimed that my relatives do not take part in the SVO: in the near future, you will have the opportunity to take positions with the guys and personally see that AKHMAT is POWER!

“Show on the spot your spirit, your ideology and what you are like in general. Prove that you are at least a little bit of a man.

“I am also addressing you, the Chechen-speaking “warriors” who criticise us and sit in front of computers in Europe.

“Come on, move to Ukraine, convince us that you don’t wear skirts and don’t hide behind them.

“We are convinced that even underage children will be able to crush you to smithereens because you have neither spirit, honour, nor dignity. Wait!”

This means that Russia is legitimizing participation of underaged people in combat.

Every day I think that I've seen all of Russia's vice. But there really is no lowest point. pic.twitter.com/PJ9UKFdeks